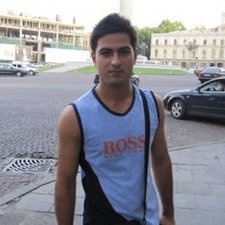 iPhone 6s plus unexpected shutdown and not getting turn on

My phone died the other day unexpectedly, although it was charged like 60 percent.

First i tried force restarting it. but it didnt help. then i plugged it to be charged. Nothing happens as i plugged it to power. however, after like six hours it turned on by itself. next day it again died and again after some hours it just turned back on. this has happened to me like four times by now.

i have tried force restarting it. i have reset the phone using the phone when phone was on. i have recovered it using itunes when the device was working. but non of this has helped.

When for the first time it turned off, my cars AUX jack was plugged to the device's headphone jack.

Guys i dont have access to apple stores or their repair centers. so please help me what could have caused this problem.

there has been a recent issue with iphone 6s's that make them randomy shut off. What percent does it die

Try to change ur battery..

Morshed M , Go to the (iPhone 6s Program for Unexpected Shutdown Issues) Link below to see if you qualify in the replacement program. Good luck.

I checked the link, unfortunately I wasn't included in the program.

But it was really helpful. Thank you