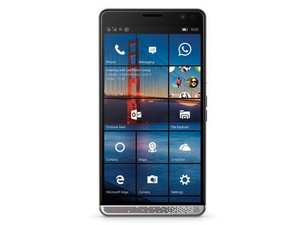 So apparently HP isn't yet selling any sort of damage protection plan OR replacement screen. Day three of owning the HP Elite X3, it slid off my lap to the dirt and the supposedly "shatter resistant" screen shattered into a thousand shards. I think this should be considered a product defect and they should repair it for me, but they want to replace it for half the original cost. Is there ANY way I can just get the glass replaced? This gizmo is so new, I can't find a local who will do it.

Thanks for all the info. It's as I expected. I will try to make a case that the product is defective because it shouldn't have shattered so easily, but I am not holding my breath. The frustrating thing is that you can't even buy the $99 Care Pack that covers accidental damage unless you call them on the phone, so of course it's too late for me anyway. AND they aren't selling the parts at any price, so if you need a repair you have to go through HP. No local repair shop can help.

Hi, If I may be so bold as to offer a few suggestions.

Contact the Manager , Customer Services by email. That way any response will be in 'writing.

Ask what the repair cost will be as you have been told that it is not covered by warranty. Also mention that you have contacted 'authorized' repairers and they could not tell you etc. (make sure that you have done this before emailing.

Also ask what other options they could suggest to you as you are disappointed that this should happen especially that the device is a quality product which features 'shatter resistant' screens.

Do not go overboard initially let them come back to you and see what they suggest.

Keep it as short as you can, explain briefly what happened, add the picture, obviously be curteous (which I think you are). People usually cannot read long emails, letters etc. Do not suggest that you will never buy their products again etc. Give them a chance to make good if they are going to.

Just some thoughts for what they are worth

Hi Jayeff, that is good advice. I posted the picture and explanation on their Facebook page and somebody asked me for a PM with more information, so perhaps they will help me. I will update here if I get a good result.

My screen broke as well , can't find parts. Hp has no clue. If anyone has info please contact my ,, orlando3s@yahoo.com

If I can get the screen I'll work with that

According to the service manual for your tablet, the touchscreen and LCD screen are all one assembly and have to be replaced as a module.

Here is a link to the service manual. Scroll to p.19 to see screen removal procedure

Searching online for the module using the part number (903687-001) gives no results.

Can only suggest that you re-read the warranty provisions as outlined in the documentation that came with the tablet to verify what you have been told by, I assume, the HP customer service representative.

Here is the test that is used, as stated in the product specifications. Unfortunately I have no idea what -40Gs peak translates to as to how far it can free fall to the ground and still work. Sounds impressive but not very helpful to the lay person.

Scroll down to Technical Specifications - Shock

This is what the test entails.

''This is probably the method that is cited the most by manufacturers and agencies alike. Part of this test method is sometimes referred to as the “drop” test, and it gauges how well a device holds up to impacts while falling from certain heights. The tests are designed to determine how well a device can put up with general physical abuse while in operation, but not from factors such as nearby explosions (these are covered in separate methods).

There are eight different procedures to choose from that each use different ways to cause shock or impact, but Procedure IV (transit drop) is the most often cited. The test was primarily designed for materiel that is loaded or unloaded from a vehicle, or taken off of a shelf, but for mobile devices it could certainly apply to nearly any operational instance.

How extensive Procedure IV gets is determined by the object’s weight. Personal computing devices would fall into the first category, which is for weights of less than 100 pounds and lengths of less than 91 cm (36 inches). The floor of the drop zone is two inches of plywood over concrete, which was determined to be the most common surface a device was likely to land on. Testers drop the device from a height of 4 feet on each of its six faces, 12 edges and eight corners, for a total of 26 drops. They visually inspect for damage and determine whether it still works after each drop. If a manufacturer requests, the 26 drops can be divided among five identical items.

Note that many manufacturers, particularly those of larger notebook computers, cite that their products were tested up to a shorter distance. If an object’s longest dimension exceeded 91 cm, then it would be dropped from 76 cm (30 in), but no portable computer is that large. Conversely, many makers of smaller items cite a drop distance in excess of the requisite 112 cm (4 ft.). Note also that the method only requires drops from the maximum height, although many testers choose to perform the 26 drops at each foot level up to and including the maximum".

Here is an image taken from p.19 of the service manual. It shows the part numbers for the necessary parts.

Take notice of the Note: information on the page. 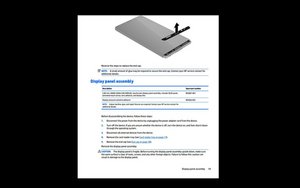 Searching for the parts online using the part numbers produces no results, however the parts are listed on the HP Partsurfer website, so perhaps you may have to contact them regarding the parts availability. 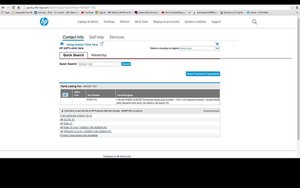 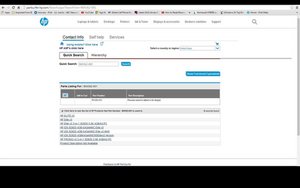 Ok but where to get the screen can't find parts

Same issue, can't find a supplier. A search on broken screen for the X3 will yield a supplier in India but they do NOT ship to US.

The HP parts web site, it shows NA (Not Available)