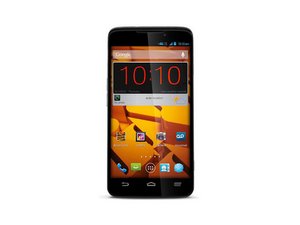 I have a Boost mobile ZTE prestige sorry I could not find my phone in the list above. Heres a picture to confirm it.

So the problem with my phone is after I was playing games and stuff (I used the volume buttons, they worked fine) I turned my phone off and went to bed then when I went to power it on the next day it powered up but went straight to FTM "factory test mode" because of the volume up button being stuck. After a long period of time maybe 6 months I got tired of using a piece of s$%# trac-phone with literally 50mb of total memory so I attempted to fix the zte myself, I attempted to unscrew all the screws to the internal cover on the back of the phone but the material of the screws were crap so a screw stripped. Then I just barely pried the side open where the volume buttons were on the side and the actual buttons fell out but the pad under it was connected to the motherboard chip or whatever u call it. I cut the little strip connecting it in hope that it would register that the keys or not being pressed down when the phone turns on but it still is stuck or the FTM screen when turned on. Im not really sure what to do at this point, I barely make enough money to get so it would be hard to purchase a new phone or actually get it repaired by a professional and im still stuck with a crappy phone.

If anybody can help, please reply.

Also I can provide more information/pictures if needed.

My JJ up button is,stuck how can I unstuck it.

No my J3 UP BUTTON IS STUCK, HOW CAN I UNSTUCK IT.