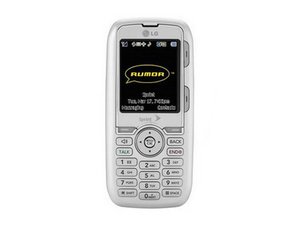 The LX260 Rumor is a simple slide phone with a 1.3MP camera, MP3 player and a microSD slot.

What things can cause the display screen to stop working?

This phone works fine and it used to be my phone YEARS ago until I switched to another when its display screen stopped working. Now years later, I found the phone in one of my drawers tucked away, and thought why not! Lemme try and fix it!!! Lol. So, everything on the phone works fine, buttons light up, sound comes out, all that good stuff.

The thing that doesn't work is the screen. It doesn't display anything, it's basically turned off.

When I did have the phone, I dropped it A LOT so I thought maybe something came loose. I took everything apart and found the connectors were still connected perfectly fine.

So what I'm wondering is what the problem could be. Is it the screen itself? It doesn't have any cracks or any visible damage.

And also, just as general knowledge, I am pretty new to all of this, what are the common causes of a screen not working?

Wow the original Sprint LG Rumor. I use to be a sprint tech years ago and worked on lots of those devices. In my experience, if the LCD is black then it's a bad LCD issue. Over time dropping it over & over can cause them to go bad even without any cracks. Occassinally it would be a flex cable issue, the cable that runs from the LCD to the main motherboard. But if the dial keypad lights up then it's an LCD issue

Thank you very much for your input

Does that mean that it can't be fixed?