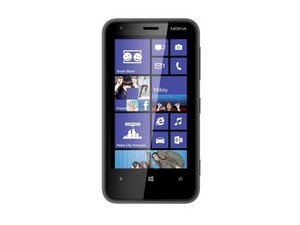 A smartphone by Nokia, successor to the Lumia 610, one of the first phones to run Windows Phone 8.

I have been having issues with my Lumia 620:

1. It is originally a windows 8 OS, i activated the developer's preview on it to get 8.1, after which the machine started to behave erratic by constantly going into airplane mode then shutting off .

2. I would then reset the phone to the factory settings. After which i would upgrade to the 8.1 and start over from scratch. Doing so the airplane mode issue reoccurred three times.

3. On the last time for the phone going bad, while resetting it i saw a blue screen appear with a smile face on the phone. Did my research and found out that the Lumia Software Recovery Tool was what i needed. I did the recovery and the phone was back to life, but i did not activate the developers's preview out of fear the same things happened.

4. Unfortunately the airplane mode issue did come back, after which the phone went dead and now is totally unresponsive. All attempts to restore it via the Lumia Software Recovery Tool or the Windows Phone Recovery tool has been unsuccessful. The message i am getting from both software is that the phone connected is not supported. It is no longer charging either.

5. I have tried the hard and soft resets but i am unable to do so because the down volume button is broken and will not press.

Anyone who has a solution to this problem plz i am asking for your assistance as i would really love to have this work horse of a phone back up, and more importantly, i have several important files on it i need to recover.

I would suggest you to stay away from Windows Phones, as they are very buggy. Get an iPhone or Android phone instead.

If above methods are not working then check Nokia Lumia 620 Manual for help.