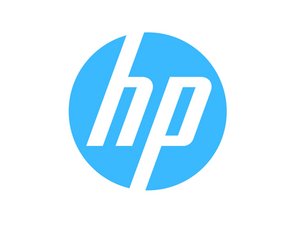 I was given an HP Laptop with an all white display. I determined that the LVDS cable appears to have over heated on the connector corner and two contacts are out of place. See first photo below.

This caused the LCD part not to work at all, but the backlight still does. I can replace the cable, however, I don't know if I should replace the LCD display too because damage could have been done to the LCD connector too, since it was exposed to the same heat. The second photo below shows the LCD connector. It does appear that the LCD connector has changed shape slightly on the right side (second photo angle is 180º from first), though it appears that the contacts may still be completely functional (unlike on the LVDS Cable). The cable is less than $15, where the LCD display is over $50. (Replacing the LCD Display as well would obviously quadruple the cost of the repair.)

The other end of the LVDS cable is fine as well as the connection to the logic board. The laptop shows video fine when connected to an external monitor.

Does anyone have specific experience with this particular situation? Has an LCD connector worked fine even though a LVDS cable has overheated while plugged into it? 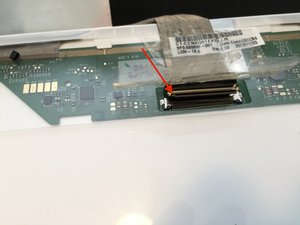 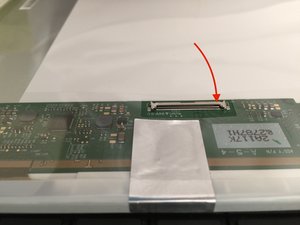 you should replace both I having a similar

gatortpk , it is very unlikely that the cable overheated. The only reason for it to look the way it does, is because of a short circuit. You will have to replace both to fix it

Thank you for your answer. I figure that's the only way it could overheat, is by a short circuit. I think it would only overheat for a fraction of a second to look like this. I've seen this twice before. Where exactly is it common to short circuit to cause the melting, at the connection point, or somewhere else in the circuit?

"You will have to replace both to fix it." I understand both parts of the connector are likely damaged. Though it looks as if the contacts on the LCD panel connector are workable. I suppose it would be advisable to replace it anyway because it could just short circuit again for the same reason? Does that mean the short circuit sometimes occurs in the LCD panel itself?

Thanks for any additional help.

Yes that is possible. It might be that the LCD is shortening out. Of course it is also possible that the cable gets crossed in the connector and causes the short. I would definitely replace the LCD and the cable.