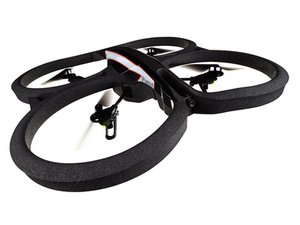 Version 2 of Parrot's toy quadcopter with HD camera, controlled over Wifi by smartphone.

Too much angle warning?

I get a notification of "too much angle" on my screen and the drone flips over after taking off, any solution to this problem? Thanks

My drone did this after an update to the IOS software. You can try to uninstall the update if this is what happened to you.

how do you fix a drone when its busted

I experienced the "Drone flipping upon takeoff" issue just after flying it 3 times. My AR Drone 2.0 Elite Edition was brand new out of the box. I charged the battery fully. Downloaded the App fresh with the latest version recommended by Parrot. I started up the AR Drone 2.0 outdoors WITH the outdoor hull on it.

After pilfering through countless "Incorrect prop placement" threads, and a pile of other incorrect useless threads that all misdiagnosed the issue. Here's a list to put in your back pocket for "that day". Not "if" it will happen to your AR Drone 2, but definitely a matter of "when" it does happen....

[u][b]Possible causes for "Flip during takeoff" IF your drone is brand new out of the box:[/b][/u]

1. [b]Damaged, Unbalanced or Incorrect propeller blades [/b](Yes, there are certain types of blades per corner, and it matters. For those who may not be familiar with quadcopter blade orientation.)

I took two test flights by pressing the green "Take Off" button on the Parrot AR Drone app, and the drone would lift about 3 feet into the air. I flew it twice successfully, and landed it cleanly each time. (It comes set default with beginner settings to reduce crashes.)

There could be multiple issues. Has your drone been crashed? Even a light impact on it's landing legs can damage an AR Drone 2.0. This may seem surprising, but it is very true and common.

My Disaster was less impressive. (I say disaster, but it's salvageable...for a 4th cost of the machine.)

My 3rd flight I started to get a little drift from a breeze, and so I pressed the "Land" button on the app. My AR Drone 2.0 landed in my front yard softly, and yes safely.

Here's where the problem began...

I attempted to takeoff again from where I had just landed in the grass, but the propeller on [i][u]one[/u][/i] motor could not turn 100% freely right away because of the grass. The drone aborted takeoff on it's own. I thought, hmmm...ok...my fault the grass is about 8 inches tall. (Parrot's AR Drone 2.0 Elite and several other Parrot drones have roughly a 2 inch ground clearance per propeller.)

I placed my drone back on smooth flat concrete, and pressed the "take off" button. However, when the drone attempted to takeoff it lifted slightly into the air (about 3 inches) and began to drift uncontrollably and hard to the left. I couldn't understand why all of a sudden it was acting this way, as I had just flown it successfully no less than 30-40 seconds prior, and I had NOT crashed it.

*Note: I looked on several posts on the Parrot website, and found mostly useless info. Most of which spoke about crashed drones that people couldn't understand why their drone was now acting erratically. The common A&C misplaced propeller, or worse damage that consisted of broken gears, damaged cross members, blah blah, on and on.

My AR Drone 2.0's Left Rear electric motor had been damaged when attempting takeoff while in grass, the electric motor attempted it's rapid ramp up of RPM's to gain liftoff, but since there was a few blades of grass obstructing the propeller, the electric motor was damaged as it attempted to turn the propeller. (Guess I should have performed the "Landing gear mod", since I was using it in an outdoor environment?) Yes, I understand it's not a lawnmower. Yes, I now know that the AR Drone 2.0 Elite has very short landing legs, now.

So basically a brand new $300+ drone is now useless because it's electrical motor was unable to overcome the grass. The electric motor would still turn the prop, but it was damaged just enough to not properly work sufficiently to be used. As it could no longer spin to the required RPM's needed for lift and or sustained flight.

Long story short, if you land in taller grasses than a golf course or astro turf. Or anything other than a flat solid surface. Do not attempt to takeoff again. The AR Drone 2.0's electric motors are too sensitive/delicate to withstand even the slightest resistances aside from spinning the propellers. If you wreck yours, I can only imagine that is an automatic electric motor loss on the side of impact.

Level of difficulty to replace AR Drone electric prop motor on a scale of 1-5: 1

How to figure out which motor(s) need replacing ?

I do not own a drone, so I have no way to know real life connections and whatnot, but the firs thing that comes to mi mind is to try the drone out fixed to something, and see whether all four rotors spin up, and are they about the same speed or not. Is there any sound coming from the rotors indicating a malfunction? That might indicate a broken propeller or a motor that may need oiling?