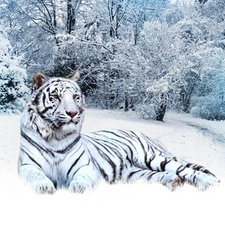 I installed a Seagate 7200 RPM, 750MB drive in my wife's non-unibody MacBook Pro, guide was great, easy to follow. However, about 2 weeks after install we began to have problems with applications hanging (spinning pinwheel of death), gibberish text in menus, problems booting, etc. I tried multiple times to boot from the install disc and use Disc Utility to repair and restore the drive, but kept getting error messages, until Disc Utility could not longer see the drive at all. After the initial install, I had used the install disc for OS 10.6.8 (highest supported OS for this model), partitioned the drive and did a restore from our existing Time Machine backup, and all was well for the 2 weeks above. The original drive was nearly full but operating normally, but was also a SATA 1.5. The new drive was listed on the page with the install guide, purchased through the link to Amazon from a company called Finity India, and was a SATA 3.0gb/s. When I registered the drive with Seagate, I found it had no warranty. My question is, do you think I just got a defective drive, or was there a compatibility issue with the differing SATA speeds? I would still like to upgrade to a faster, larger drive, but don't need any more headaches. (Amazon did let me return the drive for a full refund, including shipping costs.)

I agree SATA speed may be an issue though it could also be the SATA cable. You're not the first to come here with a report of a faulty automagic "self-limiting" drive. Or a drive that was touted to automagically match (reduce) throughput and failed to do so.

Generally SATA is backward compatible one generation consistently so I think if you bought a higher tier drive (one that had a warranty) you may eliminate you problem.

OWC has reliable parts. . . though I would not go for a SATA III drive even if you like the larger size as the sequential read and sequential write speed rates could only be 1.5GB/s that's like buying a dump-truck you have to load/unload with a shovel.

If this answer is acceptable please remember to return and mark it accepted.

Accepted, any thoughts on HGST drives? They are featured on OWC's site, I've used Seagate in the past with good results, haven't heard of HGST until I started looking for a replacement drive for the laptop.

No opinion or personal knowledge - other thanOWC has always provided me with reliable parts.