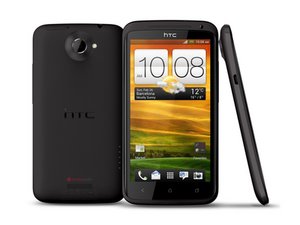 The HTC One X is the first HTC phone to be equipped with a quad-core processor, released in April 2012.

Device wont charge at all!

Recently it has been getting harder to charge my phone. I have tried another cord, different outlets, the computer and even charging in the pick up. As of yesterday it will not charge whatsoever! I have turned it off taken the sim out, used canned air to blow the connection place on the phone, tried other cords (my husband has the same phone), nothing works. I have also tried holding the power button and the volume button (read online) really nothing works!!! I really like my phone and need it because it the only contact some people have for me. I would appreciate help.

Get an old tooth brush put some rubbing alcohol on it SHAKE IT UNTIL DAMP and scrub out the plug a few times. Then take a DROP of WD-40 (I know, sounds bad but trust me) and put it in the charge port. Probably easiest to do so with a toothpick or similar. I just had the exact same issue except mine would only charge when off and cleaning the port like this has made it charge like new, even brought back some charging speed I didn't know I lost.

And then I realized I had the problem on my One M7 not my One X, but it should still be the same solution.

A more conventional approach that may produce the same results would simply be replacing the battery.