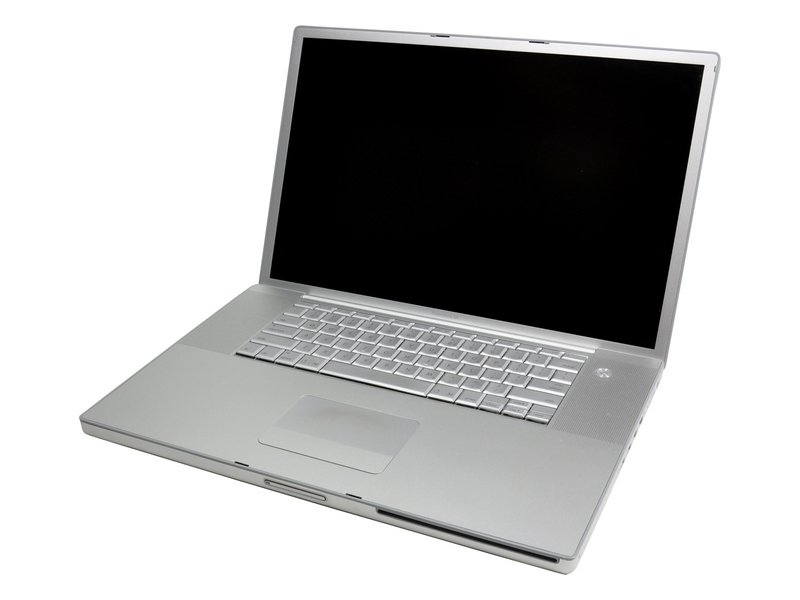 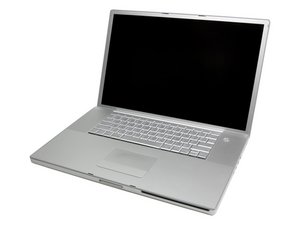 The Aluminum 17" is the first Apple laptop to include a Firewire 800 port. Bluetooth capability and Airport Extreme is standard in these machines. Troubleshooting is fairly straightforward.

Your computer will not boot.

If your power adapter is bad, the computer will run off a battery, but it won't charge. If your battery is too low, it will be difficult to diagnose a bad power adapter. The easiest way to test this is to borrow either a battery or power adapter to test in your machine. If you have the same problem with another power adapter, your problem is most likely the DC-in board. If you have the same problem with a fully charged battery, you most likely need a new logic board. For your reference: Aluminum 17" requires a 65-watt adapter in order to boot. A 45-watt adapter will not provide sufficient power to run your machine. Compatible power adapters are IF113-018 and IF113-039.

Laptop shuts off when I unplug it

As soon as you unplug the computer from a power source, it shuts off

If your battery is dead, the computer will run fine off the power adapter, but will turn off when unplugged. A dead battery can manifest itself in many forms: It may not accept a charge (this particular symptom may also indicate a problem with the logic board), the computer may not recognize the battery, and/or the battery may be recognized as charged but fail to power your computer when the AC adapter is unplugged. If these symptoms occur, you need a replacement battery.

The computer displays the flashing question mark when it can't find a bootable operating system. This could be because your OS is corrupt, the computer doesn't have enough RAM, or your hard drive is failing.

Try booting off an OS CD. Run Apple's Disk Utility and try to repair the disk. You could also try Alsoft's DiskWarrior. If this fails, reinstall your operating system. If you can, erase the hard drive prior to reinstalling the OS.

This is quite rare. If you have insufficient RAM for your computer to boot the operating system, you may get the flashing question mark. Installing more RAM or downgrading to an older operating system will fix this. This is not usually an issue unless you have 64 MB or less RAM and you're running OS X.

The hard drive may have been erased, corrupted, or damaged. If the hard drive has been erased, format it as HFS+ and reinstall your operating system back onto it. If it is corrupted or damaged, you need to replace it. Failing hard drives can display intermittent data corruption prior to failing completely. They often gradually get louder and start to click. If your hard drive is making abnormal clicking noises but still works, back up your data immediately and replace the hard drive. Any of our 9.5mm ATA hard drives will work in your computer.

My screen looks black, but I can see very faint graphics on it

Symptoms of this are a dark screen, but everything else seems to be running. If you get in close with a flashlight, you can usually see the image faintly.

If your backlight isn't working, the inverter may be bad. Other parts that may be bad are the display or the logic board. If your backlight fails intermittently while moving the display, the problem is with the inverter cables. Otherwise it is impossible to test for damaged parts without replacing them one by one. If you are comfortable taking apart the display assembly, replace the display inverter first, then replace the LCD. If you are not comfortable with this, you can replace both parts at once by replacing the [/search/17+alu+display+assembly+LCD|display assembly] (which contains both components). If this still doesn't solve your problem, you need a replacement logic board.

If you lose firewire or ethernet, the only thing to blame is the logic board. Because there are many components of the logic board, many possible symptoms indicate logic board failure. Any one of these components can fail and leave the others intact. If you lose audio, the [/search/17+alu+sound+ports|sound card] is to blame and must be replaced. If the USB on the left side of your machine dies, you must replace the [/search/12+alu+DC-in|DC-in board], which houses the left USB connection. Loss of USB on the right side requires the replacement of the [/search/17+alu+PRAM+keeps|PRAM battery & USB board].

If you lose the use of another component of your computer, such as the display, battery, or even power, and replacing the apparently non-working part didn't fix the problem, it is possible that the logic board may need to be replaced.