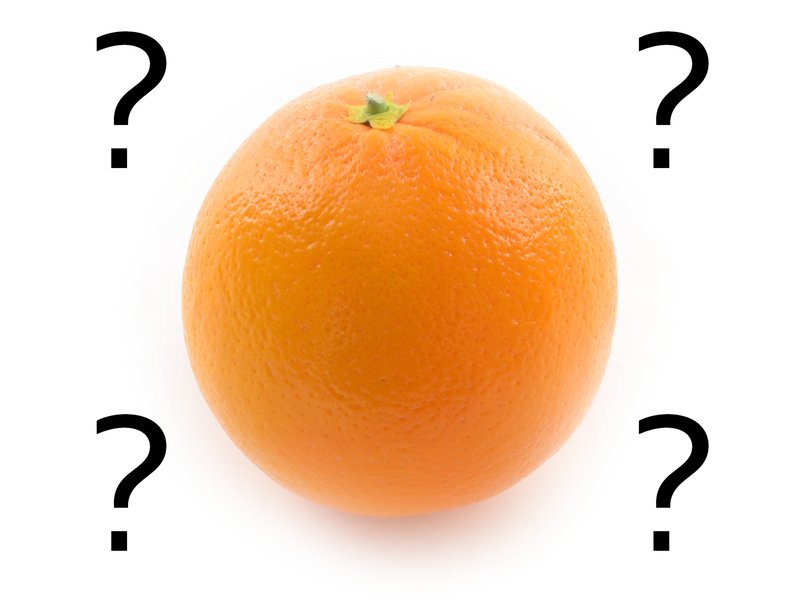 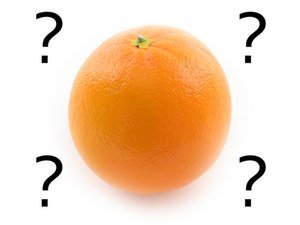 This is a troubleshooting guide for the Orange, to be sure you are actually dealing with an Orange, consult the Identification Guide.

Orange is not orange on the outside

The outer peel of your Orange is not the color you expect it to be.

Orange is actually a lemon

If your fruit is yellow and football-shaped, chances are it's a lemon, not an Orange. To know for sure, test the juice by tasting it and squeezing a few drops into your eyes. Extreme sour taste and temporary blindness are signs of high levels of citric acid, dead giveaways that you're dealing with a lemon.

Orange is actually a lime

Another variety of oblong citrus is the lime, a close cousin of the previously discussed lemon. Key identifiers of a lime are a deep green color and their excellent ability to enhance the flavors of fish tacos, Cuba Libres, and Mexican lagers.

Patches of white or grey discoloration and a fuzzy texture could mean that your Orange has been sitting out for too long and is rotten. Rotten fruit should not be consumed; doing so could result in serious illness. Dispose of a rotten Orange only in an approved waste receptacle or compost bin.

None of these things

If you still can't diagnose why your Orange is not properly orange, consult our Orange Identification Guide; you may be dealing with something beyond the scope of this guide.

Orange is not orange on the inside

The delicious insides of your Orange aren't orange.

You have a lemon or lime

Refer to the troubleshooting sections above to determine if you're trying to eat a lemon or lime. It's somewhat baffling that you got this far without wondering why the peel of your Orange was yellow or green, though.

Orange is a Blood Orange

There is a special edition of the Orange that is developed in low overnight temperatures and acquires a deep red hue on the inside. An especially thick peel and raspberry-like taste are signs that you have a legitimate Blood Orange and not a counterfeit like the grapefruit, discussed below.

Orange is a grapefruit

Any high quality product is bound to have imitators who attempt to recreate it for themselves. Even when sliced, you may not be able to distinguish between an original Blood Orange and a grapefruit, a poor impersonator. If the ruby red juice inside your orange fruit is disappointingly sour rather than wonderfully sweet, you've been duped with a fake. There isn't much to do as this point other than cut your losses and be sure to always purchase your citrus at official Orange-certified markets and fruit stands.

Orange is long and pointy

Rather than an oblate spheroid, your Orange is horn-shaped.

Orange is a carrot

Historical documents indicate that the Orange was developed before the carrot, frustrating carrot manufacturers who wanted to use the name "Orange" for their vegetable. Even though the exterior colors are in many instances identical, rest assured that a long-pointy is, in fact, a carrot. Enjoy your carrot on its own with a side of ranch dressing or chop it up and add it to a stew.

im just writing this next sentence cause the thing said that their shoud be a minimum of twelve characters ;)

This help guide whilst, erm, helpful may be a bit confusing for UK readers. With your opening sentence

“If your fruit is yellow and football-shaped, chances are it's a lemon, not an Orange”

the correct answer should be a Grapefruit, for a lemon the less confusing ball shape would be a Rugby ball.