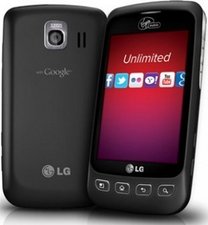 There is no Sound

The volume is at its lowest or off

On the side of the phone push the volume button up to enable sound and audio.

The Phone is on Silent

My battery won’t hold a charge

Try turning off your phone and charge it for a full charge cycle.

Try resetting you're phone to factory settings after backing up all you're data. Then retry to charge.

In settings, general, restore phone. Then, enter your passcode and wait until the restore is finished.

The battery may be faulty, see the battery replacement guide.

My phone won’t turn on

Pull out the battery and hold the power button for 30 seconds.

The battery has been drained past its critical threshold. Your phone probably won't turn on until you get the battery back up to five percent or so.

Its possible the wall charger or cord is defective. If able to, test with a known working cable.

It is possible that it appears nothing is happening because the display is bad. The display might need to be replaced.

Due to a bug in andriod 2.1, some phones have faulty 3g programming. Rebooting the phone and placing it in airplane mode for 12 seconds solves the 50% uptime problem. This would have to be applied every time after reboots. Updating Android will fix this though.