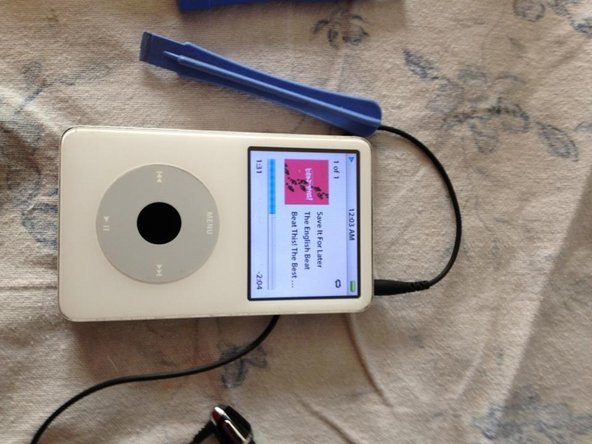 The center button on my iPod Video had stopped clicking - sometimes a press would respond, but most often not. The iPod was effectively useless.

The process was straightforward, although I don't think I'll be re-using the plastic opening tools as I chewed up the edges pretty badly. Overall it took about an hour, but I was taking it slowly.

I really only had one problem with the repair: my hands are too big. Many of the pieces of the iPod are very, very small (especially the small black screws on the inside, which are roughly the same size as a sesame seed). Working with a strong light on a light-colored work surface is definitely recommended. Also, iFixit was out of white buttons, so now my iPod has a sassy black button, which I actually kind of like.