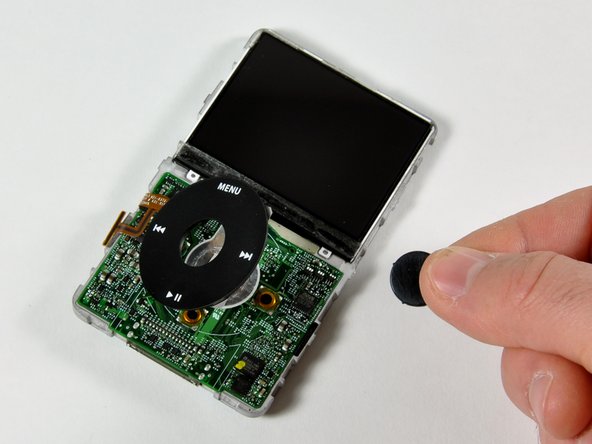 Center button of click wheel was stuck down, would still respond if pressed hard.

It went pretty smooth, except for the smaller iPod opening tool. The tip broke into pieces as soon as I starting using it. The larger one was fine. I had to resort to using a paper clip in place of the smaller tool.

One thing to be careful about when removing the front panel is dust and shavings from the tools. After I had the iPod put back together, I realized that the tools had left little shavings between the screen and the front cover. I had to take the iPod apart again to clean this.