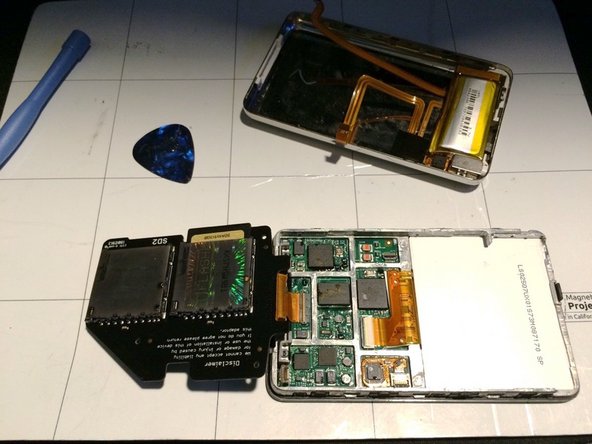 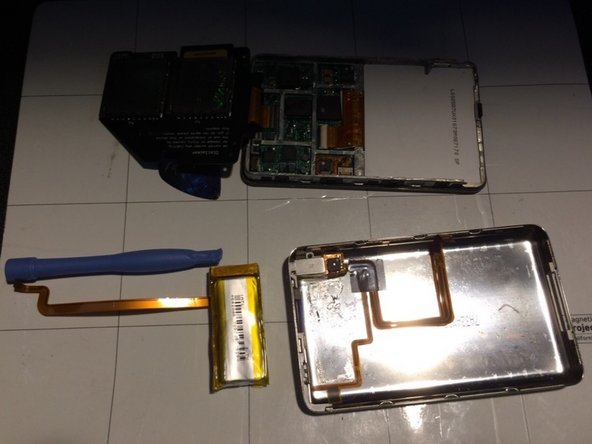 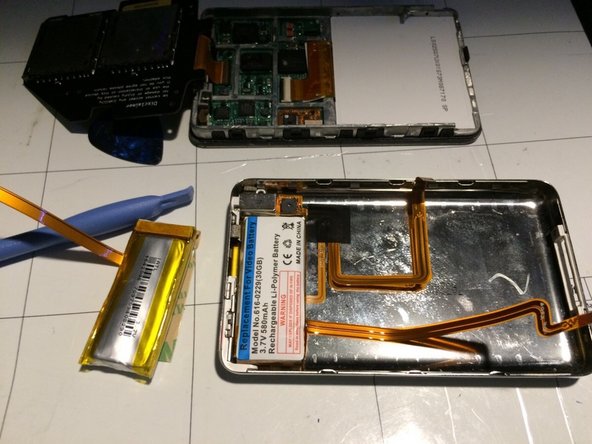 I had a dead Battery on old iPod that I had upgraded. I use it as a music player stashed in my car, but having to reboot from the car’s supplied power each time made loading 500GB of music take at least a minute or 2 longer that it should have. Often I could drive halfway to the store before the music came on.

Since the repair the 500GB (460–480 GB actually) iPod now starts playing from where I stopped it (unlike before) and by the time I’m on the corner of my street since it doesn’t need to fully boot. It just needs to wake up & load tracks.

It went off without a hitch. The only thing that slowed me down was the battery adhesive.

I already opened the iPod once to upgrade the drive. So, this was easy. I recommend using stiff actual guitar picks since they are thinner & stiffer, and thus are perfect for wedging into a retaining clip while you pop open other ones . (iFixit should upgrade to these ;) I did mange to break a plastic opening tool since they are very weak & the tool was already dinged up. But this is by design: I’d rather these cheap little tools break than put dings in the cases. After opening & quickly disconnecting the cables, pulling out the battery is a bit of a pain thanks to strong OEM adhesive that been in place about a decade.

After removing the battery (below) I tossed in the replacement battery & popped iPod back together — meaning I carefully reassembled it. Reassembly was a snap since I’ve been in this device before & also repaired other small electronics such as iPhones.

The OEM battery is firmly glued in place so that took a lot of careful prying using the plastic black spudger included in the iFixit pro kit—or you can use a blue opening tool. Pry it a few milimeters at a time using your index finger on the case as a fulcrum. As you pry each bit up you can get in there more and pry up more each section working back and forth across the battery.

To release the cables I use the small bent needle nose tweezers included in the iFixit kit & a delicate touch.