You Don't Keep Your Brain Outside Your Head... Oh wait, I do! 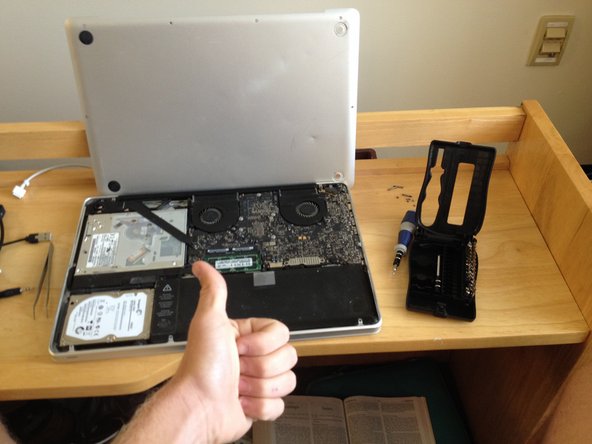 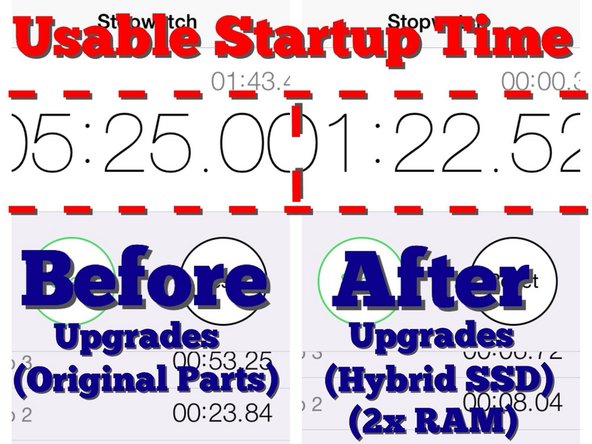 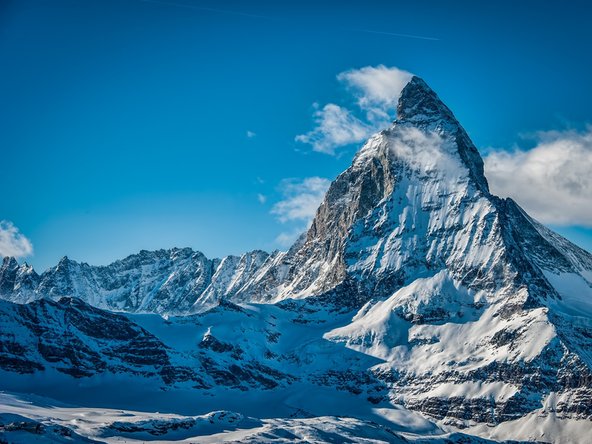 Short Description: I was an idiot.

Long Description: For a few months I thought it would be a good idea to run the boot drive for my Mid 2010 MBP from an external SSD. Better sense got a hold of me and I decided to migrate the drive back to the old internal HD. When I formatted the old internal HD to prep it for reinstatement as the boss of my computer, it wouldn't accept the OS.

The iFixit Customer Care team was a big help in suggesting troubleshooting for my troubles before I bought everything the internet cleverly made me want to spend all my money on.

I ended up deciding to purchase a new Hard Drive Cable, a new SSD Hybrid Hard Drive with a tool kit, and some extra RAM to boot (pun very much intended). iFixit's online guides and gracious conversations with the Customer Care team on the phone made opening an expensive piece of equipment & technology seem very accessible to someone who has had very little experience working on the insides of electronics, to date. As it turned out, post-computer-surgery, this is what I found:

– The Hard Drive Cable, though prone to failure for my model MBP, wasn't broken.

– The Original, internal Hard Drive, though past 4 years old (but not yet quite as frail as Samuel L. Jackson's character in Unbreakable), wasn't broken.

Enter, again, the team of iFixit electronic wizards! Their representative, "Magic Mike", flew over from Cali all the way to the midwest using a physics-bending app he created called APPlied Physics© on a jailbroken, liberated, custom-backed iPhone 4S, just to talk with me about my computer! Either that or we talked on the phone again.

Whichever it was, since I had more information about what WASN'T not working, he then helped me figure out what the real problem was in the span of about 15 minutes and gave me a free online resource to help me fix it. I used it. It worked. "Magic Mike", indeed.

(Sorry Mike, that might be your new nickname at work now.)

The real problem didn't involve any of the parts that I bought, but I decided to keep the new SSD Hybrid Hard Drive and the upgraded RAM. I have since had an excellent experience returning the unnecessary parts. Since housing upgraded parts, my computer has not only started up – it has started up faster, and run faster then when I originally bought the machine. Very effective. Very efficient. Very glad I talked to iFixit.

Especially for those with MPBs a few years old:

When I formatted the Original internal drive, it would mount the computer and show up in finder. It would even accept files I dragged and dropped. What I couldn't seem to do was restore a backup to it – hence, much confusion on my part. It wouldn't even show up in the Disk Utility as a bootable disk!

What I learned from iFixit was that the OS DVD Install disks that came with my 2010 model were outdated. The firmware gets updated every now and then, which, over time, makes older versions of the OS using older firmware obsolete. Think: Old Yeller compared with The Doctor's K-9. One's gotta go, and it ain't going to be the one who's related to R2-D2.

This makes everyone who loves Old Yeller very sad indeed. And it well should! No one told me when I bought him that I would eventually have to take him out to the Back 40 for a "walk in the park" should I ever choose to reconstruct his doghouse, because he'd be "outdated" and "wouldn't work" with any of this new-fangled, updated doghouse designs. So I had to get a new dog (bootable drive) for my doghouse (firmware).

That's where SuperDuper! came to the rescue. (http://www.shirt-pocket.com/SuperDuper/S...)

These clever people help people like me (and possibly like you) to clone/migrate an existing drive (like the external boot drive I was using) onto another formatted drive (like my internal drive that wasn't cooperating with me very well). The program is FREE to use for the purpose of migration/cloning existing drives. And it does an excellent job. You should read about it on their website. They do have an upgrade available for a one time payment of about $28, but I'm not their marketing manager, so I'll stop trying to sell it to you. I just think they have a great product and I'm thankful I could use it.

Also, there's a picture of the Matterhorn on here simply because it's freaking awesome.