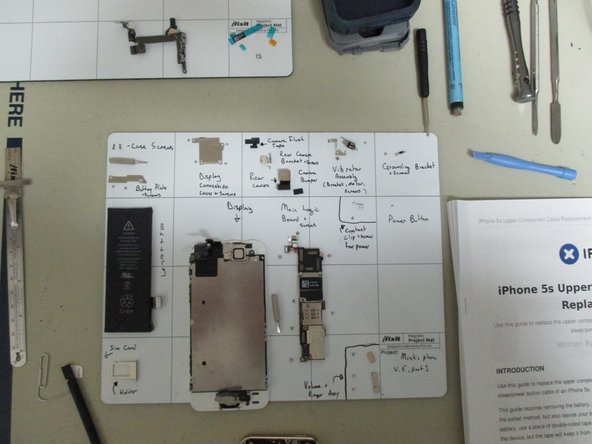 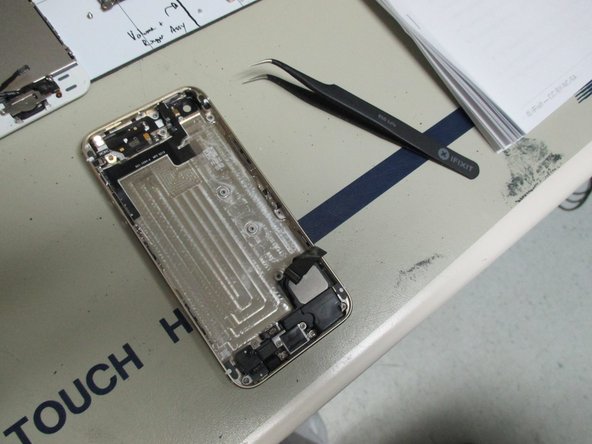 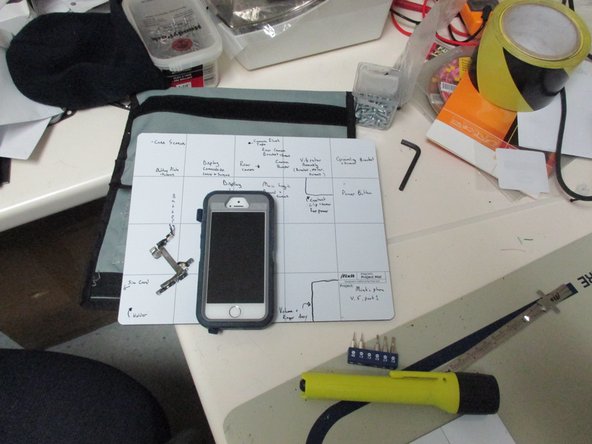 After drying a phone and replacing it's battery, the owner came back to me complaining that he was able to increase the volume on his handset, but unable to turn the volume down without going through settings. Root cause? Incorrect removal of the initial battery had nicked the cable running to the volume down button

The repair was long but fairly straightforward; followed the instructions in the guide and everything worked reasonably well. Dropped a screw and lost it immediately on the floor. Fortunately, it was the same size as one of the battery connector bracket.

The magnetic project mat is super useful. Foolishly, I had two and used both as storage for the internal components, instead of working directly over one. This lead to the loss of one of the 1.6mm screws.

Additionally, one thing that the repair guide doesn't cover is that the cable has to be folded to get the power/sleep hinge into the proper location

Finally, make sure you set aside a good chunk of time for this repair. Take a moment every couple of steps to stand back, have a look at what you've done, and plot your rout forward.

And if you drop a screw, figure out which one you're going to scavenge to replace it