Grab a toolkit for your iPhone 7 Plus model and fix your broken phone! 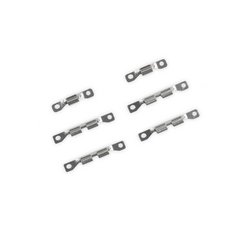 Replace the set of six retaining clips in the edges of the rear case that help hold the front panel assembly in place.

The successor to the iPhone 6s Plus, the iPhone 7 Plus was formally announced by Apple on September 7, 2016. New features include a quad-core system-on-chip with improved system and graphics performance, an updated display, a much applauded water resistance feature, and a dual-camera system exclusive to the 7 Plus. Additional features include stereo speakers and upgraded cameras. The phone is lacking a headphone jack, but an adapter allows headphones to connect to the Lightning port.