Grab a toolkit for your iPhone 7 A1779 model and fix your broken phone! 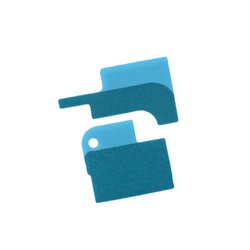 Replace the two gold-colored conductive adhesive areas on the flex cable of the lightning connector assembly compatible with the iPhone 7. 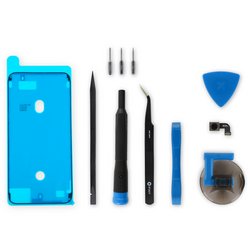 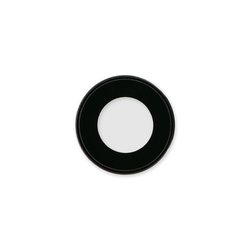 Replace an external lens cover for the rear-facing camera compatible with the iPhone 7. 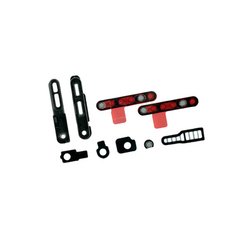 Replace the mesh covers for the speaker, vent, and microphone openings. 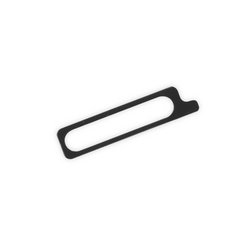 Replace a cut adhesive film that secures the earpiece speaker anti-dust mesh bracket to the front panel compatible with the iPhone 7 model #A1660, A1778, A1779, A1780. 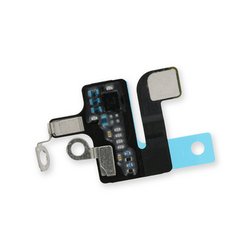 Replace the antenna contact assembly in the top right of the rear case compatible with the iPhone 7 model #A1660, A1778, A1779, A1780. Fix Wi-Fi connectivity problems. 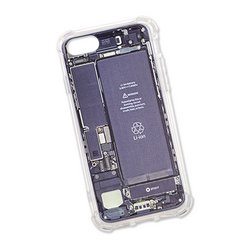 We live to share gadget guts with the world. Now you can show off the insides of your iPhone 7 with a new Insight iPhone Teardown Case. 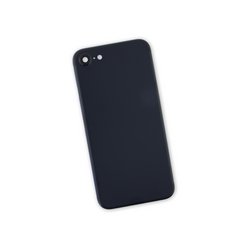 This replacement rear case compatible with an iPhone 7 includes no internal components and has no logo or text. 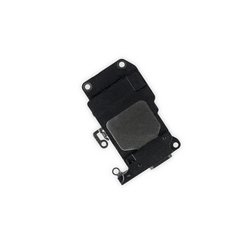 Replace a loudspeaker compatible with the iPhone 7. Fix speakerphone and other audio output issues. Fix issues with sound output. 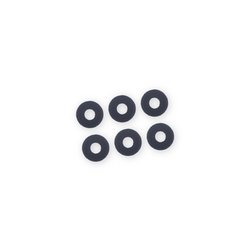 Replace a torn or missing gasket on one of the power or volume button face posts for an iPhone 7 or iPhone 7 Plus. Set of six gaskets.

Externally, the Apple iPhone 7 is very similar to its predecessor. Other than a smoother look and a change in antenna band placement, not much has changed. However internally this phone is full of aggressive breaks from convention. Everything inside the new iPhone’s casing is a statement about the future of this phone. The home button is no longer a physical button, but rather full of pressure sensors and haptic vibration motors that simulate the feel of a button. The new A10 Fusion processor blends two high power cores that rival laptop performance along with two low power cores that combine with a much larger capacity battery to extend lifetime by up to two hours. This generation of iPhone has also seen the headphone jack removed, and in its place, new stereo speakers.

The iPhone 7 A1779 was released for the Japanese market. The most important difference is not cellular bands but the addition of FeliCa Type-F NFC contactless technology which will allow users to use Apple Pay in Japan. You can easily get the phone via carriers like AU, Docomo, and Softbank. Notably, the A1779 covers some more LTE bands like band 11 used by AU by KDDI, and Softbank, and band 21 used by Docomo.

The most commonly needed repair for the iPhone 7 are cracked screens and dead battery replacements. iFixit has the best iPhone 7 screens and iPhone 7 batteries on the market, along with a complete catalog of various other iPhone 7 parts for the less common repairs.

All iPhone 7 repairs will require a Pentalobe P2 screwdriver and Tripoint screwdriver in addition to standard precision electronics tools. Any repair that removes the battery from the chassis will require replacement adhesive strips. New to iPhone repairs is the iPhone 7 display assembly adhesive, that will need to be purchased for any repair that removes the front screen. Since the iPhone 7 is water resistant, a new screen adhesive will be required in order to retain its resistance to water damage. All iFixit Fix Kits come with all tools and replacement adhesive needed to complete your desired repair.

Once all parts and tools have been acquired, head to iFixit’s iPhone 7 repair guides for step-by-step instructions on how to make the fix.

The iPhone 7 earned a 7 out of 10 in iFixit’s repairability assessment. Watch the Teardown Review for more: