We’ve got all the parts and tools to get your Moto G5 Plus working again. Grab a fix kit to repair a broken screen or dead battery in your smartphone today. 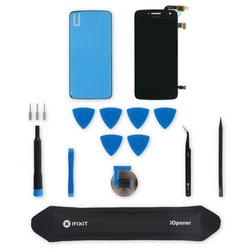 The Moto G5 Plus was developed by Motorola, a subsidiary of Lenovo. Released in March 2017, it’s the fifth generation of the Moto G family. It’s the direct successor to the Moto G4 Plus with noteworthy improvements to the CPU and GPU. Interestingly, it’s screen size is smaller than the G4 Plus, coming in at 5.2 inch instead of the previous 5.5 inch and a lower screen-to-body ratio.