Meizu’s climb to the top of the Chinese phone market continues with their new MX6 phone. It’s crisp and clean and—well, it looks like an iPhone. A lot like an iPhone actually. You might even have trouble telling it apart:

Meizu drew a lot of design inspiration from Apple for the outside of the MX6 (right down to the two Pentalobe screws at the bottom), but is it the same story on the inside? Surprisingly, no. The MX6 sports several features and components that set it apart from any phone designed in Cupertino. The display assembly uses built-in plastic clips rather than a metal frame, the motherboard is housed at the top of the phone, and the large square battery is one of the heftiest on the market.

The good news is this: Once you get past the MX6’s pesky pentalobes, it’s pretty much built for repair. Modular components with spring contacts, large screws, and thoughtful cabling all make repair cheaper and easier. The Meizu MX6 scored a solid 7 out of 10 on our repairability scale. 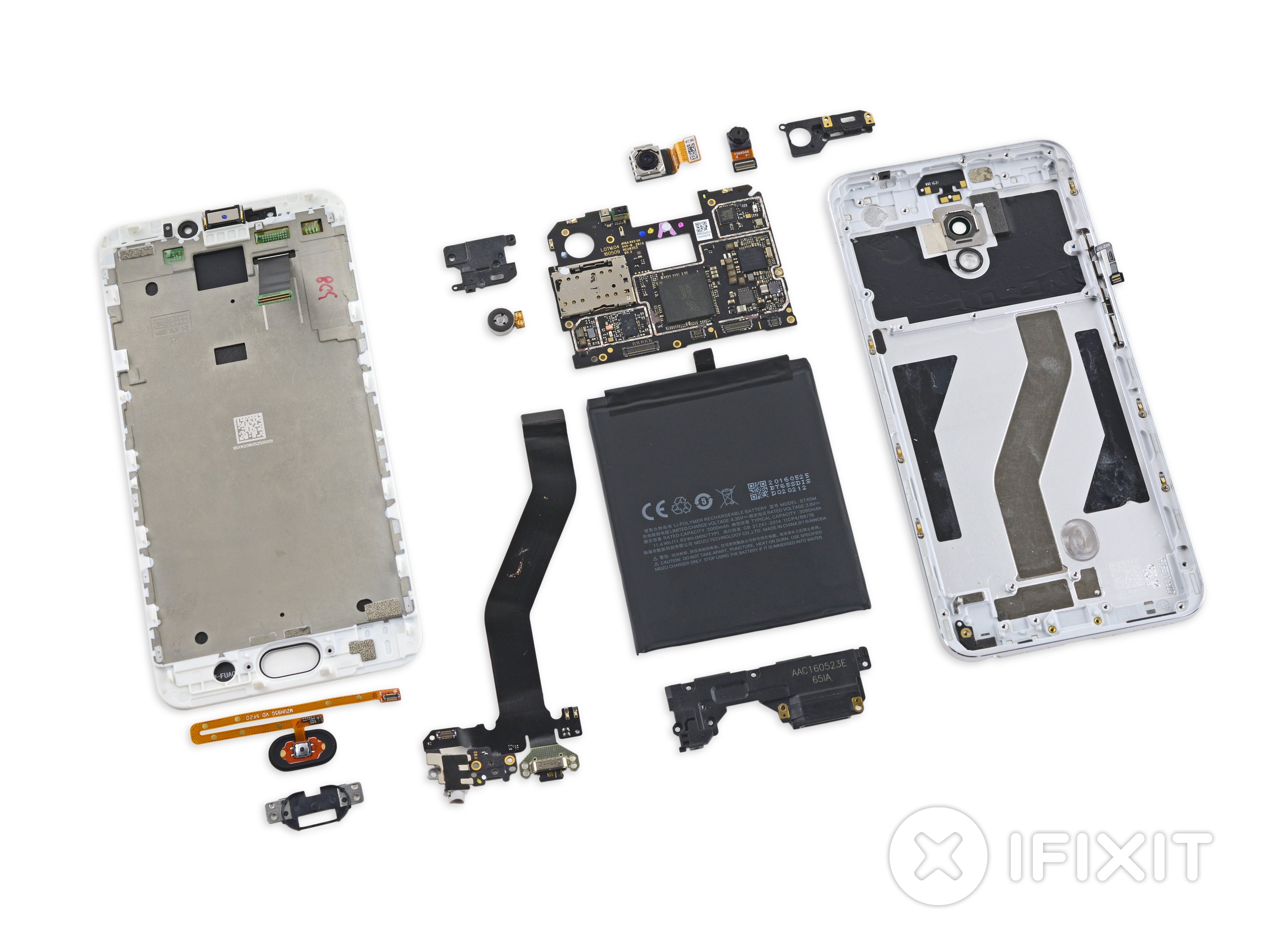 Be sure to check out the full teardown on iFixit.com.