We’ve been bred to believe that only Geniuses and Geeks can fix our stuff, but it wasn’t always this way. During the Great Depression, when resources were scarce, repair was ingrained in our culture. During the second World War, ‘Make do and Mend’ was a rallying cry and point of pride. Every new device shipped with a repair manual. And when something broke, a replacement part could likely be purchased at your local store. Repair wasn’t seen as an inconvenience—it was an expectation.

Now, we’re in the midst of a different era of consumer culture. We’re pumping out cheaper, single-use gadgets that we’re inclined to discard quicker than ever before. We “upgrade” (read: throw away) perfectly good devices just because the battery has worn down. And manufacturers have locked down the spare parts and repair information that we need to fix our stuff ourselves.

Repair used to be a bedrock of our culture—a fundamental pillar. But somewhere between the endless product releases and constant upgrade cycles, we stopped fixing. Worse, we started to fear it.

What’s in a name? That which we call a Genius.

Apple’s decision to brand their tech support “Genius Bar” was … well, genius. They’ve positioned themselves as the highest breed of technical expert, intellectually superior to the rest of us in every way—and culturally cool, to boot. You’d probably consult an expert—but you would never contest the opinions of a genius. Their marketing was so successful that Best Buy followed suit by launching their own internal tech support team, Geek Squad.

The result? Consumers believe that they have to be a Genius or Geek to fix their eStuff. I know because I was one of them. I know because I hear it every day in the iFixit forums, at repair cafes, and from friends and family. Thanks to crafty marketing and corporate greed, we now believe that electronics repair is beyond our ability.

Fear is the path to the dark side

Marketers can’t take all the credit for creating our fear of fixing. Manufacturers have been unlawfully using void-if-removed stickers to scare you out of repair, too. Under the Magnuson-Moss Warranty Act, these warranty stickers are not only unenforceable—they’re also illegal. The law has been in place since 1975, but only now are the feds starting to do something about these violations.

And when stickers fail, manufacturers can always rely on good ol’ fashioned EULAs to thwart independent repair—you know, the pop-up window with dense legalese that you mindlessly scroll through to click “I Agree” when you get a new device. EULAs give manufacturers carte blanche to force you into whatever terms they want. They’ve used these agreements to kill competition, stop security research, and prevent “unauthorized” repairs.

We are all geniuses

If all this feels a bit dystopian, take heart! Thanks to repair advocates and brave netizens around the world, the tide is starting to change. This year, Right to Repair legislation has been successfully introduced in 18 states. The movement continues to spread—and for the first time, European repair allies have introduced their own version of repair legislation. 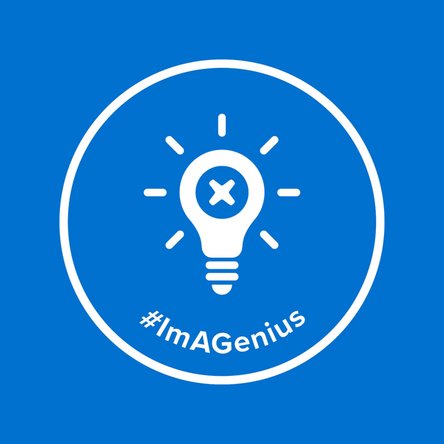 But we’ve still got a long, hard fight ahead. That’s where you come in. We need to show the world that we’re capable of fixing the things we own, so I’m asking everyone to share their repair stories throughout February using the hashtag #ImAGenius. Tell me what you’ve fixed. Tell me what you’re going to fix. Take pictures of your repair. Record a quick video and share the story of your first fix. I’m not picky! I just want to flood the internet with repair stories that we can share with our state legislators to prove that we’re all, in fact, geniuses.

To sweeten the deal, we’re giving away $1000 to the iFixit store. That’s ten $100 iFixit gift cards up for grabs for the most impressive repair stories. I’ll announce the winners on our blog on March 1st.

Share your story so we can stop fearing and start fixing

We’ve recruited some of our favorite fixers to kick things off. JerryRigEverything and Gamers Nexus both  shared stories of their repair genius with us—and we’ve got a pretty impressive lineup of YouTubers who support Right to Repair sharing their own stories throughout the month of February, too.

When we don’t fix our things, we lose more than control over our devices. We risk losing the ability to think critically and solve problems. And it’s our spirit of inquiry and willingness to take on the world that makes us all capable of genius.