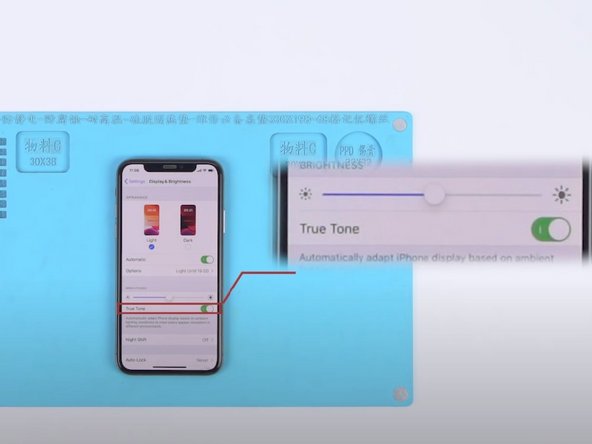 Would this work with an original screen on another body?

this aftermarket LCM. literally it does not have true tone functioning.

I had installed an original iPhone screen from another body on my iPhoneXS . I used this tool for restoring TrueTone and it worked like a charm!

Hi is there any msg “ iphone canot check your screen”

If your proximity sensor or front camera was changed before. This process won't work.

Can anyone tell me where I you purchase the True Tone multi-functional programmer to do this?

If you go to the YouTube video’s page, it’s in the description. It is from this site: https://shop.rewa.tech/

aliexpress is the one option or union something i forgot

Thank you for the link!

searching for the software, already got the programmer but cant find this WL-Programmer Tool somewhere

Does this also work on iPhone 8 Plus?

Does the iPad Pros have the same issue? If so, will this work? I assume it’s just an EDP protocol.

How I can activate true tone on my X's device, actually I replaced the screen before 3 months

Is there any way to do it by mobile to mobile or with any network?

I really suggest trying to reach out to the company beforehand. I've been trying to get some help with this device for 2 weeks and they're not responsive. I keep getting an “IIC chip not recognized!” error when trying to use the method without the original screen. Just suggesting to try reaching the company prior to committing. Seems like you'll largely be on your own after purchase.

Nice one, please how do I get the display extended models tools ???

I change my display and fix the original display but true tone is missing I updated my phone 15.4.1 but still true tone missing

Should work most probably just with screen. Don't get your hopes high for the face id or touch id though. why would you be replacing the module if it can be read by this module? If the belt is broken then this module aint gonna read the data either, just saying.

Where can I buy the multi function programmer to reprogram the TrueTone?