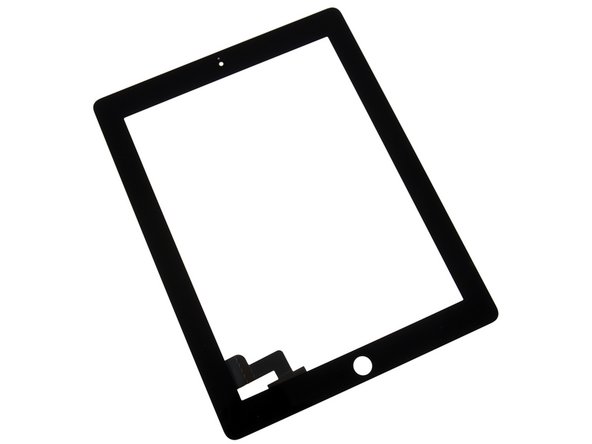 Note: this is a complete guide for replacing a plain front panel. If you have a Front Panel Assembly replacement part, stop before removing the home button from your old front panel, and reverse the steps to install your new front panel assembly.

How the heck do you start with getting the opening tool into the bezel..Heated up the side, but when I went to insert the tool it broke to sh!t.. Looks like I have to find a better tool...

Finally getting the new screen on, I can only hope this baby powers on as it seems I did a decent job not severing any major cords.

Use Hairdryer, work slowly, use fine point tweezers to help pick away shards of glass, wear glasses. I have something similar to the "i opener" and it did jack squat, so save yourselves the time.

As long as you are familiar with the Ipad diagram and where the individual !caution! parts are for your version, it should be simple not to screw anything up as long as you are working carefully.

Roughly 3 hours later, success. Besides the power button acting funny, not severed but doesn't want to respond, everything works fine. She turned on when I plugged it in, I thought it was toast when the button wasn't responding.

Make sure when you guys replace that home button that she is making contact. Had to press that part of the screen down real good for it to start functioning again.

Superb guide, wish I had pictures of the reassembly; noting the step where you reattach the digitizer cord. After plugged make sure that cord folds over so everything fits right.

Sorry for the long rants, this was my first repair, and it was exciting to do right the first time!

here's a picture of my screen off

Thank you for the great video. I am wondering what is the glue type you used after replacing broken item.

Thanks for this guide. I replaced my first iPad screen. Did not go wholly to plan and I ended up having to buy a power flex that I ripped (there are two types of power flex so make sure you order the right one for you iPad 2 version). Glass was shattered but carefully removed it. Final tip is make sure you remove as much of the old adhesive residue as you can if its built up, to include a flush fit.