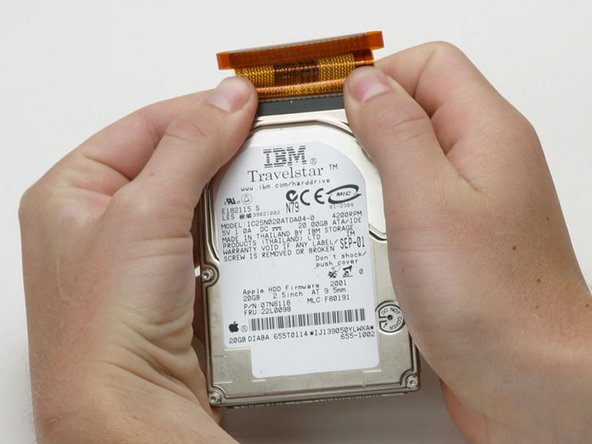 after several assembly and disassemblies I found an SSD solution that works - essentially a PATA/EID to SD card adaptor from ebay (china source) for a few bucks and then I used carbon copy cloner to image and clone the active 6GB disk. My failed attempts involved 32GB SSD from Kingspan - would not boot (with any Jumper setting - very frustrating with a 30min each assemble/disassemble to test!)

Hi, thanks for the SD card adapter suggestion. Super helpful. Are you able to provide a link or item name please for the adapter? Thank you.

James Field, I really wonder how fast an SSD actually is (compared to the initial setup) when using MacOS X 10.1 or so, with a G3 processor.

Great guide, I followed to the end. I swapped out my drive for a compact flash adapter and a 16GB card. My Clamshell runs absolutely silently. I’m hoping this will extend the battery life, too.

Made the mistake of not fitting these hooks on the lower part of the case before finishing disassembly - I was wondering why the clutch cover was so difficult to re-attach, and this was the culprit. Thanks for this comment