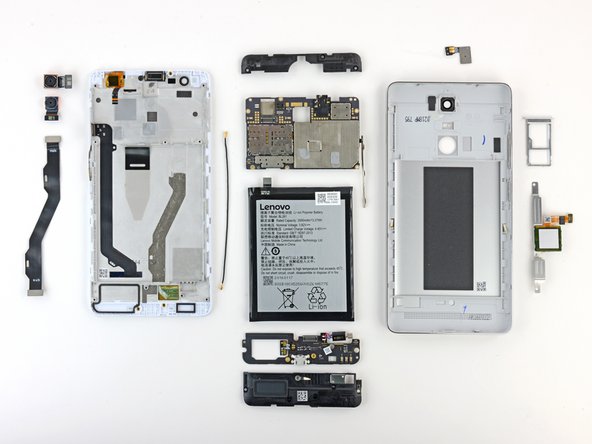 Luckily for repairers, pulling the battery out of the Lenovo K5 Note is a simple task. Unfortunately, however, a broken display will require a bit of work for repair, thus yielding a repairability score of 6 out of 10.

How to fix this problem in k5 note

When somebody call me i can hear their voice properly, but they can’t hear my Voice properly so i have to raised my voice …

How to fix this Probem in Lenovo K5 note..please help

My phone is not working from yesterday, its getting heated up , so i follow the tutorial and remove the battery jack , and whenever i am connecting the battery jack it is heating up again , am really scared to connect the jack back, what could be the possible reason for it to get heated up so badly , i am blindly guessing there is some short circuit , please help me to go through it.