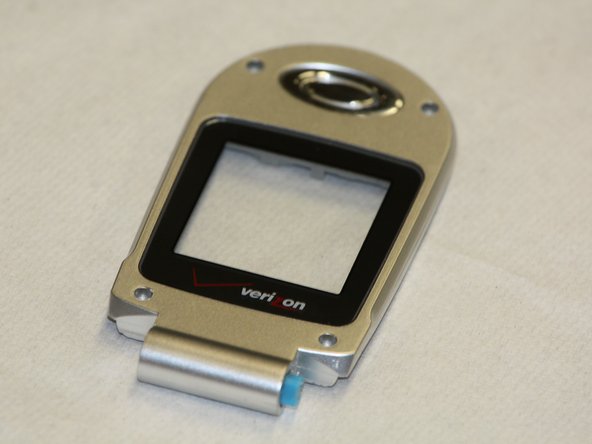 How to remove the clear plastic screen cover.

This was helpful in a LarGe way! I recently managed to tear the screen off of my wife's phone- you know, like a saucer separation from the next generation! Despite the ribbon being no longer unified I thought I might still have a chance to fix it so that the contact list could still be seen and recorded elsewhere. So I bought an identical model for $6 on EBay and swapped the motherboards. Now this flip phone can be seen with the contact list intact and thanks to this posting we are all 'flipping' happy! Thank you for putting this ancient device up for dissection!!! Drew