Install Series 2 Display on a Series 3 with Apple Pay 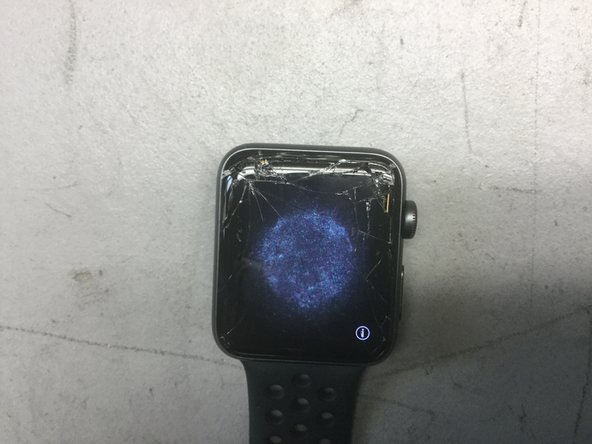 Series 3 Displays are hard to find and expensive. Plus, when you buy one you'll discover that after installing it everything works except Apple Pay. Apparently Apple has decided to pair the NFC hardware in the Display to the mainboard, similar to TouchID on iPhones and iPads.

It looks like a Series 2 Display would fit, but if you try it you'll find that the Watch gets very hot and the battery runs down super fast. The connections are not compatible even though the connectors all line up.

Turns out the compatibility problem is just the NFC module, and so if you move the S3 NFC from the broken Display to a working S2 Display, all is well.

I took photos while doing this repair at work. The company closed down last week and so now there's nobody to tell me I can't post them for your benefit :-)

This is one of those guides that goes above and beyond. Now can you tell us how to flash the software?

viarengo1 - The tricky part of reflashing is actually just getting the IPSW files to flash — OTA update files don’t work and Apple doesn’t release the complete files. If you can manage to get the file, though, you connect the Watch to a programming adapter (either iBus or the Apple adapter), load iTunes, and the Watch shows up. Then you shift-click on Restore, point to your hard-won IPSW, and off you go. You can sometimes find Apple programming adapters on eBay and MFCBox sells the iBus, which is a clone of the Apple adapter. But the IPSW files are a major PITA. Right now I don’t think any of them are in the wild except WatchOS 4.3.1 for Series 3 only.

There are plenty of ipsws for Apple Watch on ipsw.me. Are they usable?

IO - No, the ipsws on ipsw.me and similar sites won’t work. They are over-the-air update files (“OTA”) and do not contain a complete set of code including boot loader and all modules.

Can’t you just use this? https://ipsw.me/otas