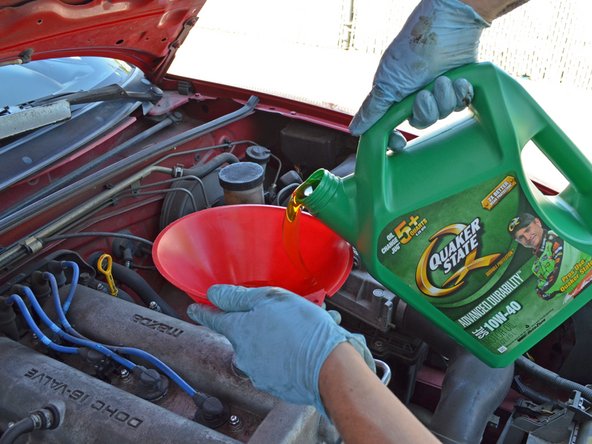 Change the oil in your first generation NA MX-5 Miata to keep it running strong. Regular oil changes are one of the easiest DIY maintenance procedures to prolong engine life.

When removing old oil filter, make sure the gasket did not adhere to the engine, but that it is present on the old filter. If the old gasket remains on the engine, the new filter will not seal correctly and will leak.