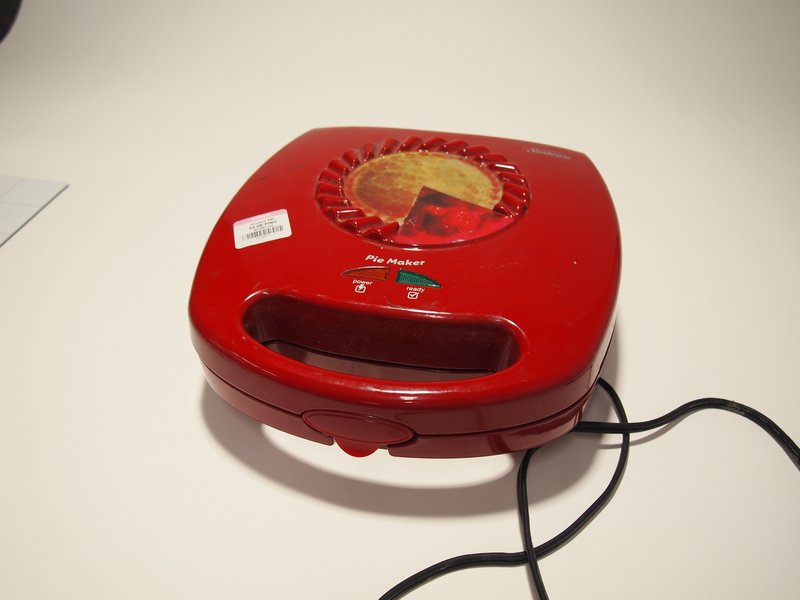 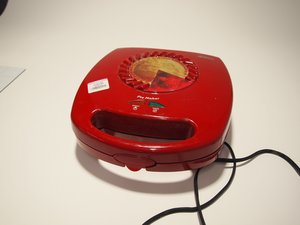 Piemaker made by Sunbeam and can be identified by the model number FPSBPMM980.

This device is relatively simple and should not require any troubleshooting.

The Sunbeam Piemaker was released in 2011. The model number is FPSBPMM980. It now typically sells for around 90$.

It is advertised to ‘make 4 pies right in your own home’. The user manual specifies that the piemaker should only be used at home on flat surfaces and that it typically cooks pies in around 10 minutes.

Newer Sunbeam Piemakers, such as the PM4800 are mostly similar, but typically smaller and come in grey instead of red.

Identifying the device is pretty easy, as it says ‘Pie Maker’ on top and can be distinguished from other Sunbeam Piemakers by its rounded shape and bright red color. 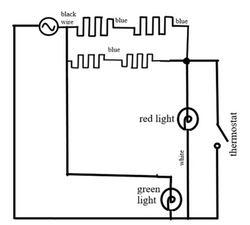