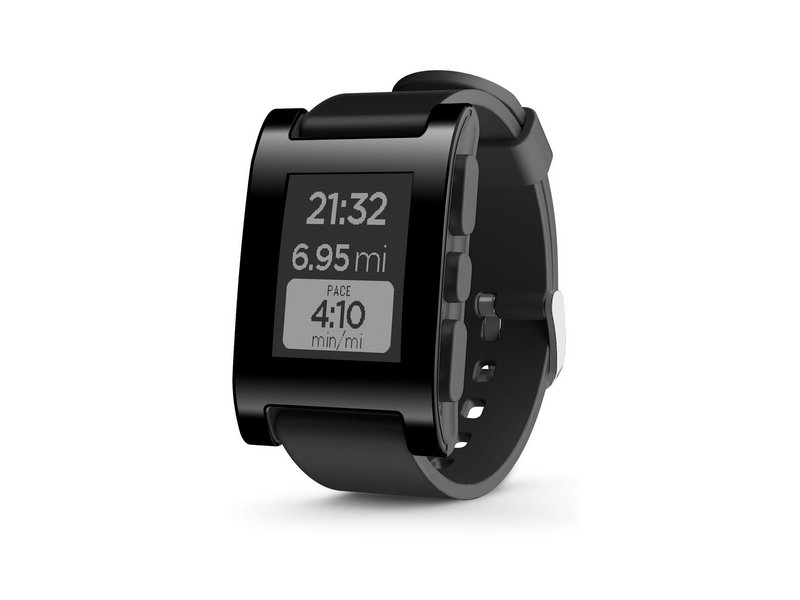 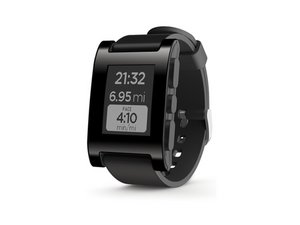 Pebble smartwatches have thin circular or rectangular watch displays that connect to wristbands with buckle straps. The watch face is generally black or silver, and the wristbands come in a range of color options.