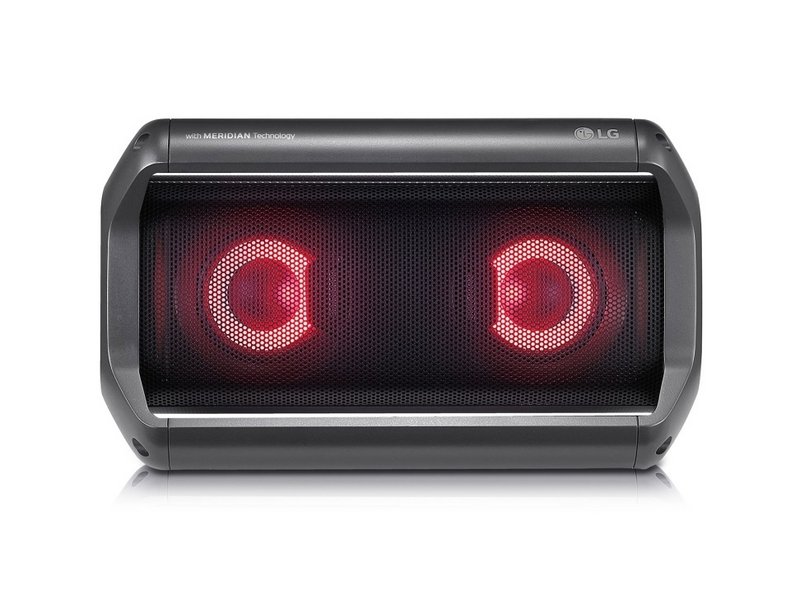 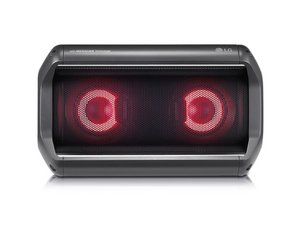 LG Xboom Go PK5 is a bluetooth speaker released by LG in 2018. This is considered the medium-sized speaker in LG’s Xboom Go line.

There are plastic carrying handles on each side of the Xboom. On the top of the speaker there is a row of buttons, which includes Power, Bluetooth, Play/Pause, a button that triggers the microphone, and two additional buttons for “Clear Audio” and “Enhanced Bass.” To the far left of these buttons is a small LED light to indicate power.

On the back there’s one USB port, as well as a 3.5mm audio auxiliary input, and a reset button. It also features Bluetooth connectivity for wireless use.

The speaker rests on four feet that dampen vibrations between the speaker and the surface it is resting on. Under the grate is a pair of LED lights that correspond with audio from the speaker.

These were offered in both black and white, though white was in the newer editions.

This product was offered with a limited one year warranty.