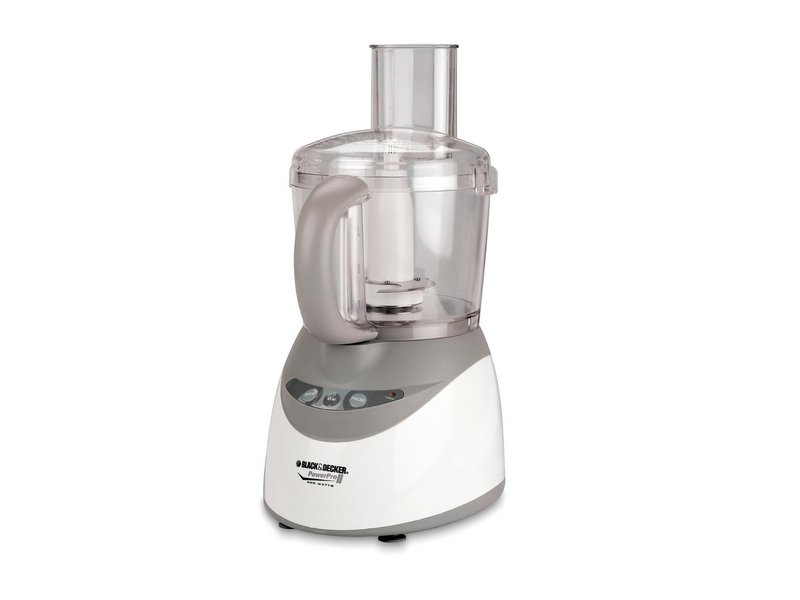 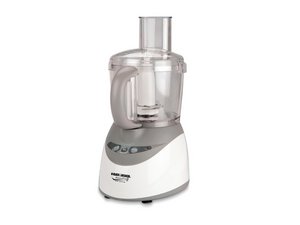 Repair guides and information for food processors and choppers.

Food processors are a handy kitchen appliance that allow users to make their farm-fresh food unhealthy by, instead, turning it into processed, frozen dishes. Just kidding. Food processors are named for their ability to complete repetitive food-prepping tasks much more evenly, efficiently, and quickly than a human could. Food processors can usually be paired with a variety of different blades and attachments, enabling different functions like pureeing, slicing, shredding, and grinding food. An S-shaped blade (also called a Sabatier blade), slicing discs, and shredding discs are standard food processor attachments. Common other attachments include a dough blade, egg whip, citrus juicer, non-citrus juicer, julienne cutting disc, and French fry disc.

The food processor was first produced in North America in 1973 by Carl Sontheimer. Once the public realized the true convenience of this machine, it became a staple in restaurants and homes. Today food processors are made by a range of kitchen appliance companies, including Oster, KitchenAid, Breville, etc.

Food processors come in a range of shapes, sizes, and colors. Most are designed to sit on a kitchen counter and have a transparent bowl with a place to deposit ingredients. Food processors also have a control panel, motor, and, usually, an electrical plug.