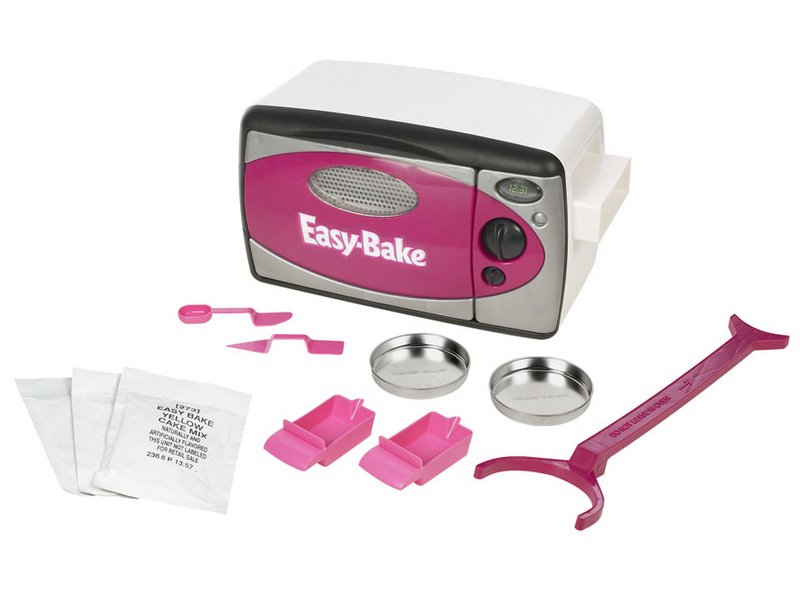 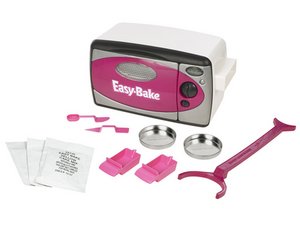 A play oven that bakes real treats. Hasbro has sold 18 million of these little cookie factories. The secret ingredient is love!

The Easy-Bake Oven is a working toy oven introduced in 1963 by Kenner, an American toy company. Hasbro, an American conglomerate with toy, boardgame, and media assets continued to sell Easy-Bake Ovens until late May 2017. The original Easy-Bake Oven used a pair of ordinary incandescent light bulbs as a heat source, but more modern versions use a true heating element to cook treats. Kenner sold 500,000 Easy-Bake Ovens in their first year of production, and by 1997, more than 16 million Easy-Bake Ovens (in 11 models) had been sold.

Easy-Bake Ovens were sold with packets of cake mix and small round pans, and additional mixes could be bought separately. Users add water to the mix in the pan and push the pan into the oven through a slot. After cooking, the cake is pushed out through a slot in the other end of the oven.

In May 2006, Hasbro received reports of 29 children getting their hands or fingers caught in the front-loading door of a new Easy-Bake Oven model, including five reports of burns. In February 2007, Hasbro issued a recall of the oven and gave out free retrofit kits that included a plastic grate that would fit over the existing oven door. Despite the retrofit program, an additional 249 reported incidents included 77 burns. Hasbro recalled 985,000 ovens sold between May 2006 and July 2007.