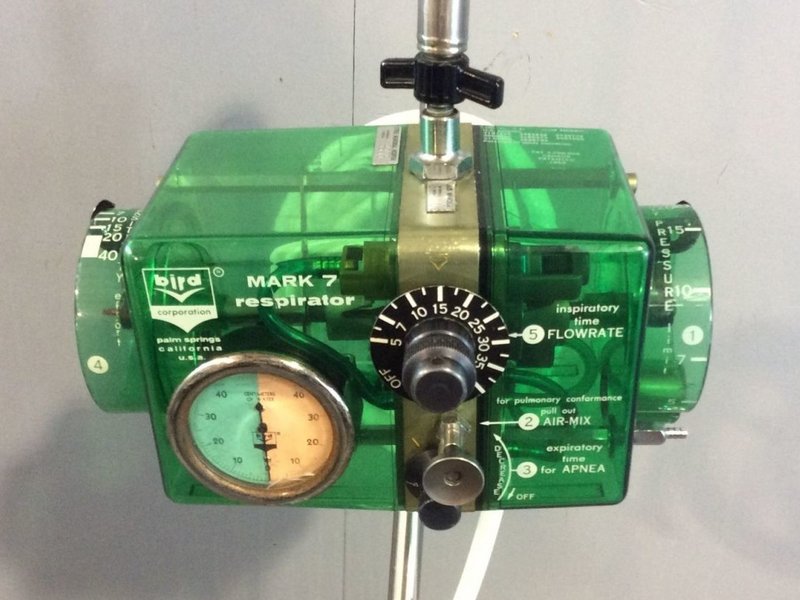 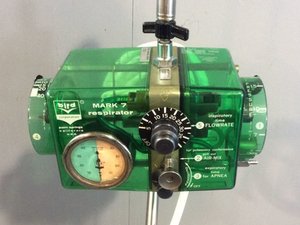 The Mark 7 was introduced in 1957, when American physicians were beginning to use ventilators in greater numbers. For use during anesthesia, the ventilator was attached to the Bird Mark 4 Assistor/Controller, introduced in 1959. Bird's early ventilators were manufactured for Bird by the National Welding Company, which later made the carbon dioxide electrodes for the three-function blood gas analyzer. The Mark 7 Respirator continued to be produced into the 1980s.