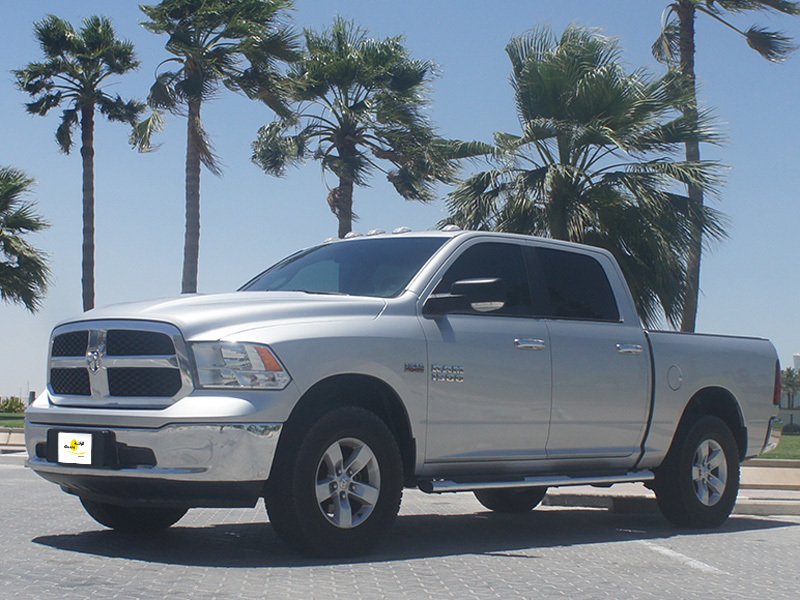 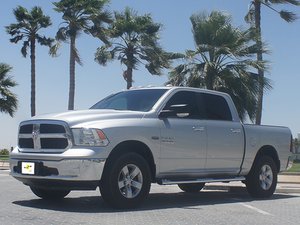 The Ram pickup (called Dodge Ram until 2010) is a full-size pickup truck produced by FCA US LLC (formerly Chrysler Group LLC). Dodge Ram pickup trucks were marketed from 2010 onwards under the Ram Trucks brand. The name Ram came into use in 1981 Dodge trucks following the rebadging of the Dodge D Series pickup trucks and B-series vans.

The fourth-generation Ram pickup truck (called Dodge Ram until 2010) was introduced in 2008 for the 2009 model year and sold as the Dodge Ram 1500. The Ram 2500, 3500, 4500, and 5500 models were later added to the lineup. The Ram Trucks brand was separated from Dodge in 2010. Chrysler LLC included various developments for the 2009 Ram 1500 model such as a new four-door cab style, new suspension, and a new hemispherical combustion engine option. For the 2009-2019 model generation, Ram trucks were available in two-door regular cab, four-door quad cab (1500 only), four-door crew cab, and four-door mega cab (HD only) body style options. Ram trucks include a variety of engine and transmission options, as well, with a wide range of towing capabilities.

Dodge Ram pickup trucks can usually be identified by the Dodge Ram emblem, which depicts the head of a male sheep (otherwise known as a ram) with large horns. The emblem sometimes includes the name “Dodge” in capital letters. Some Dodge Ram pickup trucks also include the Ram hood ornament, which is a three-dimensional male sheep stylized to look like it is running very quickly.