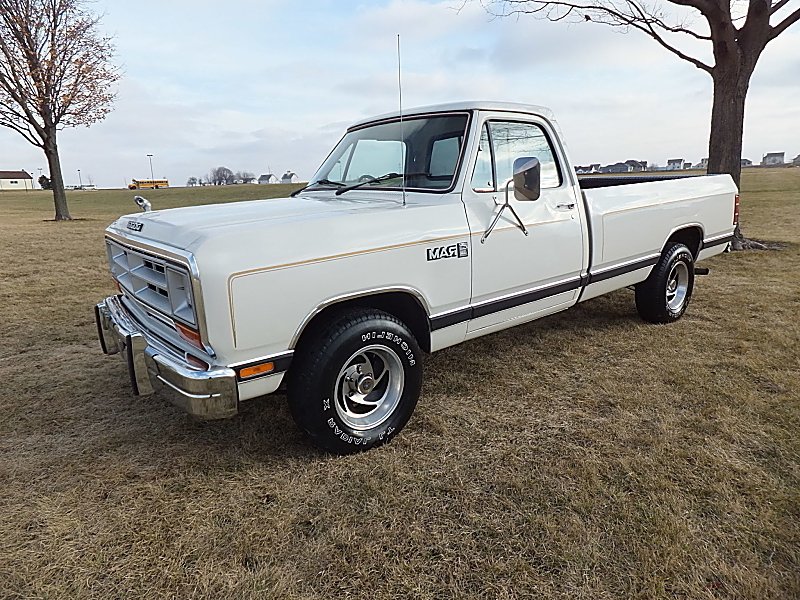 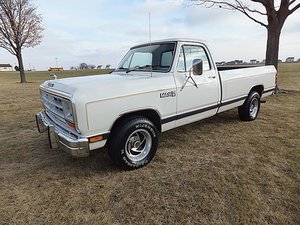 The first-generation Ram trucks were released in 1980 and feature a Ram hood ornament that was first used on Dodge vehicle from 1932 to 1954.

The Ram pickup (called Dodge Ram until 2010) is a full-size pickup truck produced by FCA US LLC (formerly Chrysler Group LLC). Dodge Ram pickup trucks were marketed from 2010 onwards under the Ram Trucks brand. The name Ram came into use in 1981 Dodge trucks following the rebadging of the Dodge D Series pickup trucks and B-series vans. Dodge used the ram’s head hood ornament on some trucks as early as 1933.

The first-generation Ram trucks and vans were introduced in 1980, though the Ram hood ornament was only included on four-wheel-drive models. According to previous Dodge model designations, D or Ram are used for two-wheel-drive vehicles while W or Power Ram are used to indicate four-wheel-drive vehicles. Like Ford, Dodge uses the number 150 to indicate a truck weighing one half-ton, 250 for a three-quarter-ton truck, and 350 for a one-ton truck. Dodge Ram trucks were offered in standard cab, “club” extended cab, and crew cab configurations.

The first-generation Dodge Ram introduced wraparound tail lamps, dual rectangular headlamps, and squared-off body lines. It was sold as a two-door pickup, two-door extended cab pickup, or four-door crew cab pickup. The Dodge Ram was sold with either a three-or four-speed automatic transmission or a four- or five-speed manual transmission. The “Club Cab” model was dropped after 1982, but it was reintroduced in the 1991 models.

Ram trucks have won the Truck of the Year award from Motor Trend magazine seven times. Dodge Ram pickup trucks can usually be identified by the Dodge Ram emblem, which depicts the head of a male sheep (otherwise known as a ram) with large horns. The emblem sometimes includes the name “Dodge” in capital letters. Some Dodge Ram pickup trucks also include the Ram hood ornament, which is a three-dimensional male sheep stylized to look like it is running very quickly.