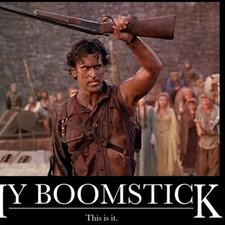 I bought a new battery because my old one was going dead within 3-4 hours after a full charge. Right after that I realized it was probably a dock/charger problem, because if I wiggled the internal docking module, it sometimes solved the problem.

So I bought a pre-assembled dock unit from Amazon that was supposed to include a new vibrate/buzzer (it didn't) and tools (they were useless - the iPhone has no Star-headed screws), then I watched the videos on this site and tried to swap both items.

I think the battery worked out OK, although I had to tape it to the logic board to get it in just right.

Am I right in thinking that my dock unit has a bad speaker?

Or maybe the ribbon connector (#7) has gone bad?

I had a tough time reconnecting #7, #3 and #6, maybe I tore/bent/broke something?

Check the cables is they are all clean, reconnect everything.

If the problem is still there you could have a faulty unit.

If it's not an option to send the unit back to the store, seller where you bought it from then open the two units. just use a screw driver to pry them open. once upen cut the speakers units loose, resolder the connection points with a short piece of wire. This could help.