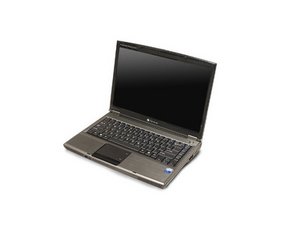 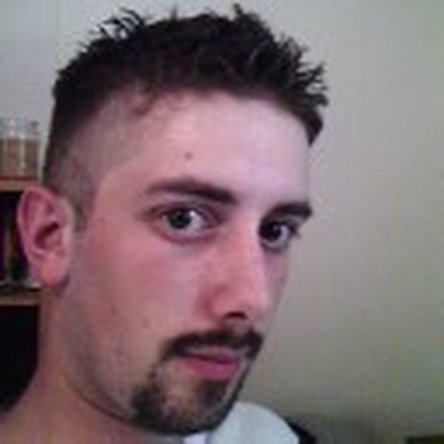 My Gateway MT3707 laptop fails to power on. Why?

My Gateway mt3707 laptop will not turn on.

I first started thinking it may be the ac power adapter had failed. So, I ordered a new universal adapter. It arrived in the mail and as soon as I plugged it in to the laptop I noticed the LED indicator on the front bezel lit up purple indicating the battery was charging. I pressed the power button and the laptop started with no problems. I had to leave at that moment and came back later that evening to work on transferring some files around.

I went to log in at the Windows log in screen and found the keyboard was not responding to any key punches. Then randomly I would get a few letters to punch. I guessed that the system needed a restart from sitting too long so using the mouse I clicked the restart command from the menu on the log in screen. I waited several minutes and the computer never attempted to restart. I figured the system had locked up even though the mouse was still moving so I pressed the power button to issue the restart command that way. Nothing happened. I then pressed and held the power button to turn off the laptop and still nothing happened.

I ended up removing the universal ac adapter and the battery to completely remove power from the system.

And that details to where I stand now with my broken laptop. It is still plugged in, with the charging light still on. I have not attempted to turn the laptop on, yet, while I am seeking answers.

So far my best guess would be the motherboard or charging circuit has an issue? Is this laptop beyond repair?

It has been well over a week since I last attempted to mess with it. It never did power back on even after attempting to remove power, hardware, etc. So I will be buying a new laptop. Appreciate the answers that were given, though.

Was this ever resolved?

A common power problem with laptops is the DC power connector gets loose on the mother board - fractured solder joints. It may be worth opening up the laptop and checking them as a start

You can get the M-series service guide from here

I had the same problem this worked

I did this, and it worked! Thank you so much!!!

Some times this problem happend becaous wrong with hard drive or ram, you have to unpluge ram one by one and turn on laptop ,if nothing happend you have unpluge the hard drive and try to turn on the laptop the screen will show you message with some notice, if nothing happend of that you have problem with motherbord or CPU.

I had this problem and I just replaced the power supply and all was well.