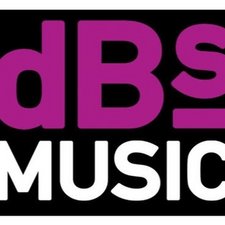 I have an issue with a new battery and have already attempted to find a solution online. I purchased a new battery from a 3rd party seller, installed it. After the first charge it has consistently cut-out at around 20-10% charge remaining, without warning, rather than going into sleep mode. I contacted them and they sent me another replacement, I followed the instructions to the letter, which mention NOT letting it run out completely (could permanently damage cells') but to let it get to 5-10% and then charge fully. Similar to the first battery I purchased this cutout far earlier than this at around 40% so was not even able to perform these setup steps of catching it before discharge. Upon restarting it showed 7% (While charging) and has since cutout in the same way after a full charge. I’ve checked the battery condition in ‘Sys-info, I’ve checked with coconutBattery app and it all seems fine (status: Good) however still cuts-out without warning. I’ve done PRAM and SMC resets and no luck. Is this simply another dud battery from the supplier? Have a managed to ruin 2 battery on first installation (through no fault of my own)? I’ve tried to find out how these are made/ if there is any work around to reset it’s basic programming but no luck other than the usual recalibration advice.

Things of note: Once the battery has cut-out, when attempting to boot up again, the status light blinks once and you can hear the machine attempt to start for about a second before no sign of life, this could be repeated many times and then, after connecting charger and getting past POST sequence and removing the charger it is happy to continue startup and shows a similar % of charge than before cutting out (~7-10%). It then performs as normal - going into sleep mode some times after 5%. It’s as if there is a glitch where it cuts out anywhere from 20-7% but after that restart is happy to behave normally past that point. Any information would be greatly appreciated in regards to solution or just how batteries are specifically manufactured/designed. Many thanks!