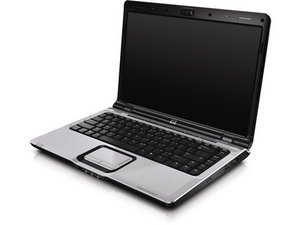 The HP Pavilion dv2000 Notebook PC is an entertainment based PC produced in 2007.

Have you got the old AC Power Adapter? Just read the specifications printed on it, in this format 19.5V 3.33A 65W. You'll usually find it down at the bottom just above the serial number. Most large computer shops have many HP AC power adapters.

@aactech You can use the 90W ones from the dead nVidia units too - same tip voltage, and they're easier to find.

Way more because of the death count caused by the bad GPUs... Also the reason I scrap the things when they have an issue, GMA or nVidia.

Also the computer shop tip applies with a lot of HPs - the adapters seem to outlast the computers a lot more often than I care to admit.

For this laptop, I cannot find an adapter from HP on their website, so the OEM adapter may be “EOL” at this point. For this model, you may need to settle on a used OEM adapter. The HP Spare# is 239705-001.

I’m not going to make any recommendations on where to buy it, but what I would do is take the Spare# and check sites like eBay for it specifically. You may need to supply your own power cord, but the brick shouldn’t be that expensive. They tend to go for $10-20 on eBay, new or used. They’re so cheap because of the sheer amount of dead units that came up over the years, while the adapters often held up longer then the computer itself. People usually find the adapter after realizing the computer died years ago, and sell it.

Don’t spend a lot on this laptop - it’s a Vista era HP from 2007. It probably only still works because it’s not one of the nVidia units, which are basically all dead, or dying at this point.

Hi, I found the Charger for Your Computer I will put the link below!

Downvoting due to recommending a knockoff adapter. These kill laptops!

Yes, the DV2000 is still a 2007 Vista era HP (old and practically worthless), but this is still a BAD recommendation over even a used genuine adapter. It can kill the hard drives if it fries multiple parts, so if the adapter blows up it may cost them their data as well as the motherboard!

At least with the HP adapters the odds of not blowing up the drives if the board gets trashed is low and they can get a USB enclosure to get the data back.

I personally scrap these without a second thought due to their age if they have an issue with a major component, motherboard (bad GPUs), hard drive failure (SATA I/II era. I think these use the SATA I Option ROM, if the northbridge is even SATA II compatible) or WLAN card (WL issues), but I wouldn't even recommend anyone who still uses them buy a knockoff because of the high risk of damage. I don't deal with them all that often anymore, thankfully - most of them have had expensive issues that put an end to the machine being in use.

Sorry I couldn’t be much of a help!

@stevejob20084 Just educating you on why 3rd party adapters are so bad... They destroy machines.