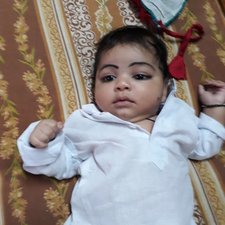 Recently I’m facing this issue after erase my watch while connecting it was unpairing getting pop up like bring both devices closer. I tried with several iPhones but no luck.

Note :Previously I replaced the glass on screen

From that day it was started very slow booting. Then after erase got this issue

How can I fix this?

Did you transfer the NFC module from your old display to the new one?

On certain generations of apple watch, the force touch sensor is tied to the specific watch, I think it was the series 2, 3, and 4. If you replaced the sensor, it would work just fine with whatever phone it was paired with, but as soon as you unpaired it from that device, it would never pair with another one again.

My initial answer was incorrect. The force touch sensor is NOT paired. It’s the NFC sensor on the screen that is paired. You’ll need to transfer the original NFC sensor to the new display. If that doesn’t work, you can use the old screen to pair it with the new device then swap the new screen after it has been paired.

@danj my mistake. It was the NFC sensor that's paired. I'll edit my answer.

@hootonberg - If you don't transfer the NFC over the next WatchOS update will kill your watch!

I didn’t replace the whole screen

I just replace the cracked glass on my old screen

@Feroz Mohammed - Then you managed to damage the display panel part in the process. Time to replace the full display assembly and transfer the NFC module over.