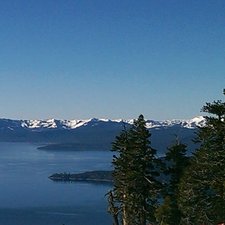 I bought a defective New 3DS thinking it would be a fun puzzle to try to fix. I bought it with the description of “black screen blue light.” When I first booted it, I got a black top screen, but surprisingly, the bottom screen turned on—only the LCD displayed pale and almost green hued, with a damaged patch.

That told me a few things. First, it wasn’t a soft brick. Second, the motherboard was operational. Third, the bottom screen was damaged. I popped it open to take a look and to my dismay discovered missing screws, which was just a bad sign. The bottom LCD frame was also broken, so that confirmed drop damage. One top screen ribbon was also inserted upside down, so I assumed that was the top screen issue. Some of the board modules were pried up and a touch loose as a result, which still concerns me.

I reseated the ribbons and turned it back on. Blue light, but no more bottom screen display. Since then, I haven’t been able to replicate that.

I ordered a replacement bottom screen (including frame, NFC reader, digitizer, LCD), quite convinced that would solve the problem. It hasn’t.

I get a solid blue light and black screens. No backlight, we’re talking total black. It stays on as long as I let it, I have to hold power for over ten seconds to turn it off. I’ve tried reseating the wifi card a dozen times and booting with and without the sd card.

I’ve got a top screen replacement on the way, but I’d strongly prefer not to crack open the top half without being certain it’s my last option. The SD card shows no signs of CFW install. I’m stuck. Please let me know if you have advanced suggestions. Thank you!!

Update: After reorienting the top screen underside ribbon cable to ensure it was correctly installed, it now won’t turn on at all. Completely unresponsive, even to charging. Now I’m wondering if the power source was already an issue to begin with or if I somehow damaged the power connector.

Update II: After some diagnostics with functional parts, I’ve discovered the lack of power is due to a bad battery board. Not surprised as the cable shows wear. If I replace both the battery board and the motherboard, I get blue light, popping sound, then off. If I replace just the battery board, I get the persistent original problem of blue light black screen. This leaves me pretty confident that I have a bad motherboard, bad battery board, and bad top screen (I'm speculating that's the source of the pop). I think I need to give this one up for dead.

There is something not right on the motherboard as far as I can see. It’s failing. I don’t believe this is screen related as both screens are having issues at the same time.

Check the IC’s. How is the motherboard, can you see visible damage? Could you measure it? And now it even won’t do anything, also check the fuses to be sure.

Hi! You might be right. The motherboard looks healthy other than those slightly loose sockets, but I noticed last night for the first time a very subtle residue on the inside of the bottom shell, so now I'm thinking this might be a progressive failure from water damage. I'm working on buying an operational system so that I have something to test against, since I'm just guessing without. I don't have the tools to test the circuits, so I'm going to fully deconstruct and reconnect one more time today just in case I missed something in reassembly to cause the total blackout. Thanks for the response!!

Alright :). If you want too, could you let us know the outcome? Thanks!

After diagnosing with functional parts, it seems to be a bad battery board, bad motherboard, and bad top screen, as replacing both boards still leaves me with the common pop and off problem. Either someone drowned this poor thing or they frankenstein'd a bunch of bad parts into it for sale. I hope this will be useful to others!!

The meaning of the screen popping, is that the ribbon cable (of the screen) is not seated as it should! It should go all the way in (I need to test too, because it's hard to see if it's in).