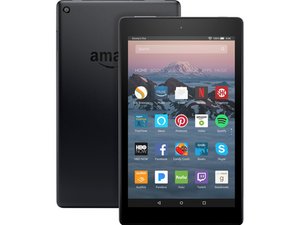 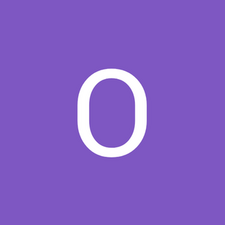 Why did the screen stop working when it fell from less than a foot?

First of all, I don't know the exact model of my Amazon Kindle so the device may not be entirely accurate (yes this is kind of a throw away email because I don't have a main google account and I did sign up specifically for this question but I really want/need help). When I was going to pick my device up (no screen protector of any kind), it slipped from my hands and it got dropped less than a foot. I have dropped it before farther with no issues other than some cracks on the screen and no new crack appeared, but once I turned it on the screen only displayed black with some flickering and multicolored lines. I tried hitting the back of it and dropping it from short distances and holding the power button and while I have made some progress fixing it I'm having no further luck. Now around a third of the screen (bottom right corner) displays normally other than some shacking but the rest is still completely broken (the right section of the screen can be different colors but it's usually mostly a solid color). Both the volume and power buttons still work because even though I can't see the pop ups from them, they still make the same sound as normal. I took a picture of what it looks like while on and I have also taken one of how it looks while off to show the previous cracks on the screen. I'm wondering if there's any way to fix it at all. Thanks.

It's a possibility that the connections have been knocked loose. But it's more than likely that after a few falls and it being cracked it must likely damaged the LCD/digitizer and needs replaced. The only way to know is to open it up and check the screen connections. Make sure you disconnect the battery before you disconnect and reconnect the screen.

I'm honestly not really in a position to check/replace the screen right now but thanks for the answer.

You didn’t attach the pictures, here is how you can add them. iFixitでの質問に画像を追加する方法

But from what you say it sounds like the screen (LCD) is broken and needs to be replaced.

Take a look here and see if you can find a device that looks like yours and hopefully there are a screen/LCD replacement guide and a replacement part for it. iFixit/Kindle_Tablet

I tried following the steps (on a pretty old Amazon Kindle) and no image appeared but instead, [image|2118444] showed up for one and something very similar for the other. I got the images from the button that said documents and then from Amazon photos. I did see the last slide where it says it need to be 800 x 600 pixels but I don't know how to tell what the pixel sizes are or bow to change them.

Ok honestly it doesn't seem entirely necessary to try to upload the images because I described what the screen looks like and I have lack of experience for uploading images, but thanks for the help.