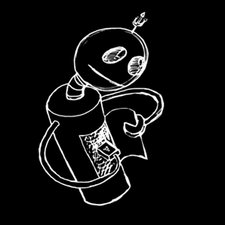 This is by no means a new problem but i'd love to get some advice from the community.

The video ram is failing and get sporadic distortion lines in specific windows within the OS (not the whole screen in the actual redraw of windows) its persistent even if i minimize windows or move them.

It boils down to a logic board issue.

The MBP is perfect otherwise and has an 802.11n card and a 200gb HD so i'd hate to just "toss it" but replacing the logic board is expensive and spending 500-600 on a new logic board doesn't really seem worth it.

It still sort of works, but the problem seems to be getting worse and the computer has now taken to crashing when the GPU gets taxed too heavily.

So iFixit community, what would you do?

Saddly the problem does show up with external displays. Using it as a headless server is decent idea I also came across a thread on the apple discussion forums about someone with similar issues who took it apart and found that excess thermal paste and tape where blocking up the airflow.

So that's my next step.

Thank you for your suggestions Karl.

this is an issue that does require some crafty repair. what you need to do, it on the logic board, remove the heatsink for the video card, and re-apply thermal paste, then, when you re-attatch the heatsink, put it on extremely(But Evenly) tight, this will resolve any joint errors, once that is done, that may fix the problem. if not, if the video ram is intregated in to the logic board, make sure that all pins are making contact, because this can be a video ram related issue as well. if the video ram is shared, then the ram chip may be bad, hope this helps,

I agree with Chris, it sounds like re-applying the thermal paste on the graphics card is probably the best thing to try.

Failing that, I would probably install Linux on it and use it as a headless server, maybe as a home file server. Laptops generally make nice servers because they draw relatively little power, and have a built-in battery backup.

If you're looking for something creative and relatively easy to do, you could install linux, install MPD (http://sourceforge.net/projects/musicpd/), load it up with music and attach it to your stereo for use as a network-attached jukebox. I've found Theremin (https://theremin.sigterm.eu/) to be a really nice MPD client for OS X. There are graphical and command-line clients available for most operating systems, and even clients for the iPhone/iPod touch and other smartphones.

your symptoms sound EXACTLY to the letter like the problem that my 24" iMac 2.33GHz Core2Duo machine exhibited. severity of the problem was definitely related to heat and CPU/Gfx load. since it was still under warranty, Apple tracked it down to the graphic card, though they also replaced the CPU fan and logic board while they were at it. I know that doesn't help you specifically, but just FYI

as for what you can do in your case, since it's heat related, it's probably worth a try to follow the thermal paste suggestion above.

another thing - perhaps check if your fans are working correctly. install something like iStat Pro where you can monitor your MBP's internal temperatures and fan RPM speed. perhaps it's something as simple as a faulty fan? that's worth a check too

Sounds like a heat issue. If it gets good air flow is there still a problem? For I have a similar problem with my Black MacBook Core Duo so I have put to sticks below it to prop it up so that it won't over heat. Also I found a reformat and install has helped in the past. When I first got my macbook the graphic was corrupted so I reinstalled the OS for the most part that fixed the problem.

do you know which is the model of the chip video exactly for a1150. i wanto to try to repair it.Thanks