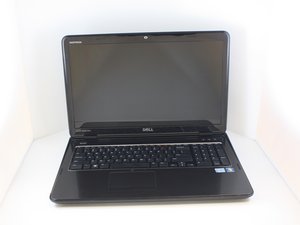 Why my computer won't start correctly?

When I start it, I get a pop-up that my battery isn’t working correctly and that is all, I can’t get any further than that. So I removed the battery and tried using only a charger. Now I am stuck on the windows logo for the last hour. Do you guys have any idea what am I supposed to do next?

Is the battery original? Most batteries don’t last more then 5-7 years before having serious degredation issues. Dell should still sell OEM packs for your laptop.

If you find the computer needs expensive repairs that are not worth doing, the tradition of long lasting batteries sort of lives on with the Dell Latitudes as I’ve had packs work after 7 years like it’s nothing (but I also wouldn’t trust it not to suddenly take a hit) while others only have 50% of their life left, but it’s a far cry from the endurance of the Sony batteries - which ran like they were new 5-7 years down the line. I thoroughly believe the vendors caught on the Sony packs didn’t die in 1-2 years, so the newer packs are intentionally nowhere near as long lasting unless you spend more upfront like the grey label (3Y warranty extended life) Latitude batteries OR they don’t offer long life packs to keep their revenue up.

Rather then purchase a battery, remove it and see if the system boots properly without it - no need to sink money into a battery until you *know* it’s not a deeper and potentially more expensive issue.

Since the battery didn’t do the trick, is the hard drive original or replaced? If the drive has never been replaced, it may be failing due to high hours and excessive wear. Check the health with a tool like Parted Magic and see if there are any red flags like excessive reallocated sectors or other serious SMART errors. It’s new enough to be from when Dell went full swing and started to more towards Seagate exclusively, so I wouldn’t be shocked if the drive has issues. It’s actually very common for post 7.01/7200.11 drives to fail at the rate they do compared to the older Seagate drives of the past.

The WD Blue option (less common, but it shows up) isn’t a great drive either. The WD Blue drives Dell loves to use aren’t as long lasting as the WD Black series and tend to be just as failure prone as the Seagates, but you usually don’t have as many issues with the Blue drives compared to the Seagate systems.

Drive replacement on the N5110 (15” version) requires a total strip down, so that model is horrible compared to the N7110. On the N7110, the motherboard doesn’t need to come out - but you still need to remove the RAM door, a lot of screws, the keyboard and palmrest :P.

If the drive is bad, most of them are now Fixed III or II/III Premium but you’re in the clear since you have a new enough machine to work with Fixed SATA III SSDs. You can buy a cheap DRAM-less SSD like the PNY CS900 or spend a lot on a Samsung autosense drive at will since it really doesn’t matter in your case. If the drive doesn’t fix it, it may be time to throw the towel in and get a new to you Haswell machine like the older Latitude E6X40 series and a HDD optical drive adapter if you want a second drive - the E6X40 series still uses mSATA despite being beyond dead by then and you have to pick between an SSD (mSATA) or WWAN. Buy it on eBay so you can get the ownership transferred - although Dell can be quite annoying with eBay systems since nobody knows the previous owner and you SOMETIMES need to back them into a corner in order to get a proof of purchase request.

I completely agree, I have already tried turning it on without a battery, but it's still not working. Without a battery inserted, a pc is trying to "repair" a C drive, but it fails everytime.

@nick Replacing the HDD and installing new Windows did the job! It's working properly now, except for the battery which I will have to replace.

@zorman Sounds like it was a factory Seagate drive with how it was acting up.

The Seagate drives usually fail more gradually then the WD drives, so you get more warning with them at least.

@nick Actually it was the WD drive :D

@zorman before trying anything else I would replace the battery first. That way you have a known-well starting point for further troubleshooting.

@oldturkey03 It makes 2 beeps when when I turn it on with battery inserted. Do you have any idea what this supposed to mean?

2 beeps is usually a sign a RAM problems. Try reseating / replacing the RAM and check.

Press and hold the Power button for 30 seconds then release.

Reconnect the charger (leave battery out at this stage) and try to start the laptop.

If it starts, let it boot all the way to the desktop. wait a few minutes for HDD activity to settle then shutdown in the normal way.

Disconnect charger and re-insert the battery.

Reconnect charger and turn on the laptop.

if it starts allow it to boot all the way to the desktop, allow HDD activity to settle then check the charge status of the battery.

If it is charging allow it to fully charge before disconnecting charger.

I already did this, but for the exception, I pressed and hold the Power button for only 20 seconds.

I am currently booting HDD if this won't help, I will go step by step following your instructions.

I will let you know the results after I am finished.

Try removing the coin cell battery from the motherboard and then do the power refresh again.

Check the voltage of the battery when you have removed it in case it needs replacement. They are not rechargeable and only last about 5 years.

re-insert the coin cell before doing starting the laptop. remember to put it in the same way it was when you took it out, usually +ve on top

here's the service manual go to p.75 to view the procedure.

Removing the coin cell guarantees that the BIOS will be reset to default (what you are trying to do) to get rid of any potential corruption. If the battery is low the BIOS is more prone to corruption because it is this battery that maintains the settings etc when the laptop is off and not the main battery.