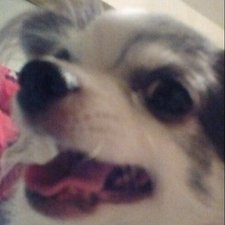 Is the wi-fi card necessary for the device to turn on?

A few days ago a friend of mine borrowed my very old DSI, and when she gave it back to me I noticed the top screen was completely white. The bottom screen worked fine, but the top screen remained white for as long as I had it on. (She said it would fix itself sometimes but I think she just broke the screen and doesn’t want to admit it) so I took it apart to see if the ribbon cable had come out, but when I put it back together I noticed that it would turn on for just a moment, the bottom screen would flash white and then it would turn itself off. I narrowed the problem down to where if I actually plug in the wi-fi card into the motherboard, the problem above happens. However, if I leave it unplugged, the unit remains on but both screens remain completely black. I also can’t hear any sound coming from the unit. I want to know if the wi-fi card is necessary to have it turn on, and I need to buy another one, or if there is some other problem with it that anyone can help me with.

I believe it would be. I disconnected the display of my 2DS XL for an experiment, and the device wouldn’t boot at all. I think it needs to find all the correct hardware to boot, so 3DS/2DS clones can’t run the same software.

I believe this should be the part you need: