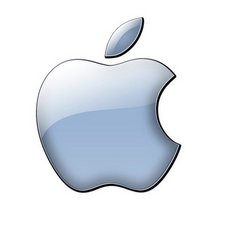 Hello. I recently got a 2007 iMac 24” w/ a 2.8GHz X7900 and an ATI Radeon 2600 Pro. I got it at a good price but I suppose I may have found out why. It appears the HDD fan is not spinning at all. The guy said he replaced the hard drive. He didn’t mention the fan not working in the description. I checked Macs Fan Control and it shows that it is at 0 RPMs on auto. I’ve tried changing the setting and it didn’t do anything. I’ve torn the unit apart and checked the wiring for the HDD fan, which appears to be ok and I double checked it was plugged in. HDD temp sensor is plugged in and reads 55°C at idle when used for a while. I’ve seen it creep up to 60° when I’m not looking. The HDD is a

ST500DM009-2F110A. It’s been doing ok so far but I don’t like how hot it is running. Included is a screenshot off what Macs Fan Control says. One time when I checked, it went to 143 RPM out of nowhere and then right back to zero. I don’t know what this means but if I could avoid going back into the units again and tearing out a HDD fan and buying another I’d really like to keep from doing it. I don’t want to get an SSD because I don’t feel like transferring the data. If there’s something you think I’m missing about the wiring or something I can do to the fan to get it to work then I would hugely appreciate it, thanks.

Its a pain to get to as you’ll need to take the HD out as well as the logic board. Here’s a guide to a similar system iMac Intel 24" EMC 2111 Hard Drive Fan Replacement

@danj I was hoping I wouldn't have to do that. Luckily I've pulled both the HDD and Logic Board out before for a cooling system cleanup ad refresh. Thanks.

@flyreflyes I would do it if I had the tools but I don't. I didn't want to have to replace it but I guess I do.