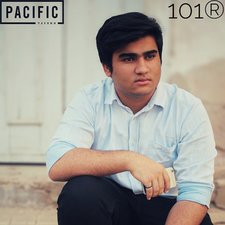 Why my iPhone 5s keeps restarting after couple of minutes?

I bought a cheap iphone 5s with a big spot on its screen so i replaced the screen but apparently it keeps restarting after using it for few minutes, if i just leave it then it dosent restarts but as soon as i use it or lets say i open hotspot or on a call its restarts. So far i have changed everything i bought a locked iPhone 5s and put my motherboard in it but it still has the same issue. I also gave it to a guy he worked on it but it still has the same issue . Can someone help me i just dont know whats the problem. When i bought the phone it was fine back then this problem happened after screen replacement. My new lcd also has touch problem it works randomly but its a faulty screen. Thanks

I will see if it has a long screw damage if yes then i will try to fix it, meanwhile are their any other things which could cause this type of issue restarting every minutes?

Sometimes if you put the wrong size screw in the wrong place when replacing the Lcd it damages the track that causes this issue. Before it was worth spending time and money repairing the track but Iphone 5 which is now being discontinued and cheap to purchase does not make any sense. Hope this help

It sounds like your battery is overheating witch may have caused the faulty screen and the phone to restart. Did you ever try replacing the battery? If not that sounds like it would be the cause. By the way on the first screen where was it not working?

Well i thought it was a battery issue so i replaced it but i didn't actually bought a brand new one instead i bought a donor 5s which was in great condition and swapped everything with mine, but still problem persists. This battery works fine in donor iPhone. Currently iam thinking of two possibilities either i have done long screw damage or battery capiciter has gone bad ( a guy had this same issue and he fixed it by replacing the capiciter here on ifixt). I couldn't think of anything else but i guess i will buy a new battery just to make sure this phone is just costing me money :( :( First screen had a big black dot on it although it was working fine, my donor phone's screen doesn't works perfectly