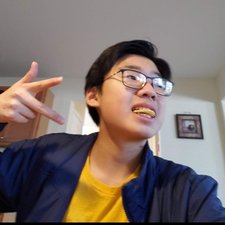 iPhone 8 Plus - Not turning on/Connecting to iTunes

I have an iPhone 8 Plus here that seems to be dead. I’m taking a look at it for a friend of mine and I would appreciate any help, assistance or advice.

A few months ago…

Thank you for taking the time to read through this!!

The wireless charger did nothing. The phone did not boot up. However, when i plugged the phone into a portable Anker powerbank with power IQ, the powerbank did automatically turn on, which means the phone did start taking in power.

Changing the battery also had no effect on the phone :(

First of all the iPhone 8 Plus is a little over a year and a half old and considering that it dies at high percentages and bootloops I would try a new battery first and hope for the best.

thank you!! will be trying this one :)

If no go for battery I would say charging chip next suspect. Will have to send the phone to a microsolderer to fix.

@benjamen50 @phone_guy New battery had no effect. Any other ideas?

It kinda sounds like a charging port issue but the chance of that is pretty low. Otherwise it’s most likely board related.

If it was charging port phone would turn on with a charged battery with the charging flex unplugged.